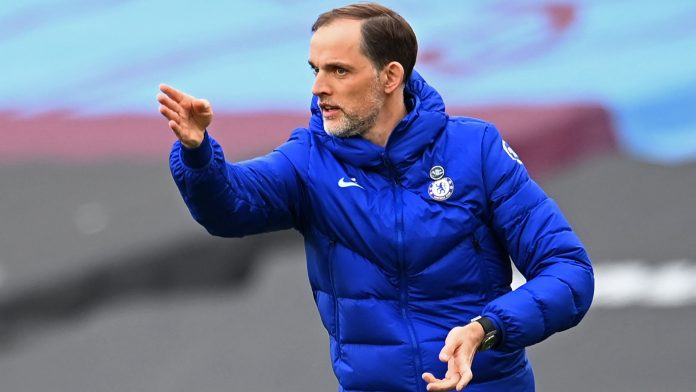 The Blues who have suffered a series of transfer disappointments, especially after Barcelona concluded transfers for some of their targets in Raphinha and Jules Kounde and similarly, Matthijs de Ligt eventual switch from Juventus to Bayern Munich, are looking to take advantage of the impasse that have existed between Brighton and City to hijack the deal for Cucurella according to the report by the Daily Mail.

While Brighton are asking for a fee of around £50m for the Spaniard, City are reported to have only been willing to offer £35m so far, thus making the deal to be a long way off.

The west London club who have already lost Andreas Christensen and Antonio Rudiger on free to Barcelona and Real Madrid respectively by the end of last season have been compelled to revamp their defence especially as both Cesar Azpilicueta and Marcos Alonso have also been strongly linked with moves to Barcelona of their own.

However, Chelsea have already brought in Kalidou Koulibaly from Napoli in their bid to  reinforce the centre of their backline but will need more arrivals to cope with the departure of those who have already moved on and the Spanish pair who may follow through the exit door.

Again, it has been reported that Chelsea are weighing up the option of the opportunity to hijack the transfer of Manchester United’s long time target Frenkie de Jong from Barcelona in a bid to fortify their midfield National Daily can confirm.

United’s boss Erik ten Hag has made the possible reunion with his compatriot De Jong his major priority, but the Dutchman has continued to suffer series of bottlenecks in the transfer process which Chelsea are reported willing to capitalize in pushing for the recruitment of the former Ajax midfielder from Barcelona.

Thomas Tuchel has hinted on the need for Chelsea to return to the transfer market after his side were recently humiliated 4-0 by Arsenal in their pre-season.

The Blues fans will however hope that their squad is well fortified before the transfer window comes to a close as the English Premier League returns this weekend after the curtain raiser between Liverpool and Manchester City on Saturday.