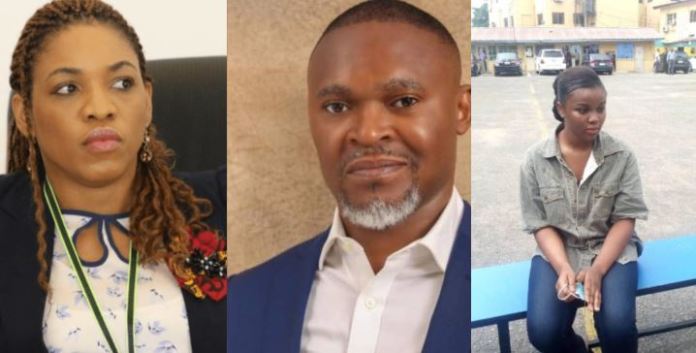 There are new twists in the murder investigation against Miss Chidinma Ojukwu, a 300 level student of the University of Lagos who was alleged to have stabbed to death, Michael Usifo Atago, the CEO of Super TV in Lagos few weeks ago.

It was gathered that she might not be the only one involved in the dastardly crime committed in the Lekki area of Lagos.

The family of the deceased has urged the Police to carry out an in-depth investigation into the matter, to unravel identities of others involved, based on the suspicion that some yet-to-be-identified persons were involved in their son’s death.

This came on a day that management of the University of Lagos, UNILAG, said it will this week suspend Miss Chidinma Ojukwu, who is a part-time student.

It was further revealed that Usifo’s neck was broken when inspected. Sources also disclosed that there were marks on his wrists, suggesting that he could have been bound.

A rope suspected to have been used to tie his hands was reportedly found inside the short-let apartment on 19 Adewale Oshin Street in Lekki phase 1.

Similarly, the Ataga family has urged the Police to go beyond the arrest of the suspect.

The statement signed by Olusegun Jolaawo, SAN, on behalf of the law firm, urged Nigerians to allow the police to conduct their investigations without any distraction or interference.

The statement reads: “We, hereby, admonish the publishers of these stories to employ whatever shreds of decency and decorum they can find in themselves to desist from their false and misleading stories and let the investigating authorities carry out an effective investigation in the hope of apprehending the perpetrators of this heinous crime and their accomplices.

“It has become apparent even to the most undiscerning reader that from the variety and inherent malice in most of the said publications that they are planted to embarrass and malign Usifo Ataga, Brenda Ataga and the family, and to serve as a smokescreen to enable the perpetrators of the heinous crime to cover their tracks”.

The lawyer lamented that the tragic incident of the cold-blooded murder of late Michael Ataga has inundated all strata of the media with inconceivable stories being peddled on all sorts of platforms about the incident and therefore called for restraints from the publishers of the unfounded stories.

“The family will not be intimidated by these bloggers’ activities and insist that the police be allowed to do their work.

“Our client hereby demands that the false publications and the several ordinarily unrelated stories and pictures of late Michael Usifo Ataga and Brenda Ataga be pulled down with immediate effect failing which our client shall take prompt and appropriate action to seek redress for the apparent instances of libel and slander as appropriate.