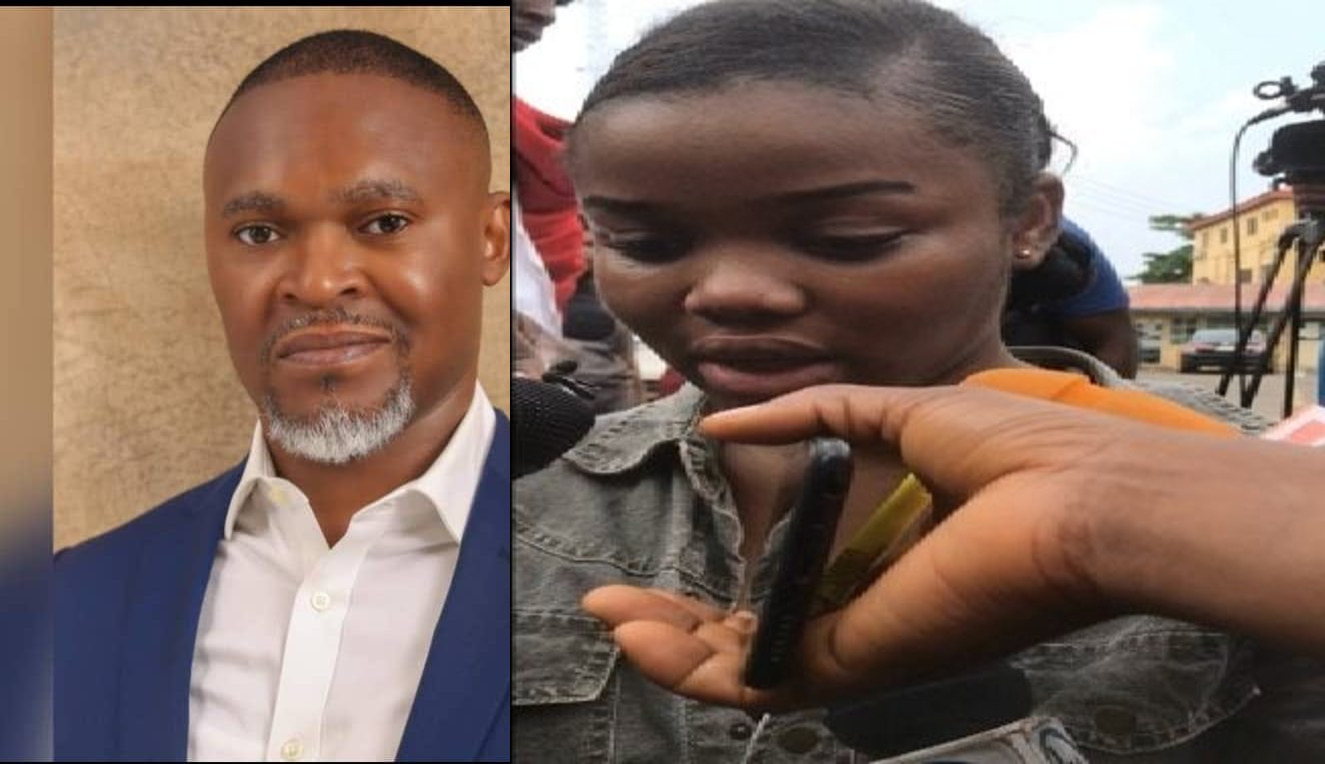 More revelations are coming out in the wake of the arrest of Chidinma Adaora Ojukwu who has confessed to killing billionaire and Super TV chief exec Usifo Ataga.

Ataga, 49, was believed (by friends) to have been a responsible man whose Brenda and children live in Abuja while he ran his TV streaming  company in Lagos where he lived—at the VGC, the nest of the super-rich.

However, he recently got entangled with a 21-year-old studying mass communication at UNILAG, as the National Daily earlier reported.

The last scene of their whirlwind romance, as revealed by Chidinma, was so wild it ultimately ended in death—of Ataga. And loss—of cash, ATM cards, and others.

According to the lady during her interview at the Lagos police command on Thursday, the three-day camp out at a guest house in Lekki was marked with binges—sex, hard drugs, smokes, wine, and fun.

Chindima had a grand scheme, beyond all the o-la-la of fooling around with a sugar daddy. She had accomplices, too.

Fate, however,  dealt both lovers a twisty hand, to start with.

“We used to meet at his residence in VGC but that day, he said he was doing maintenance in the house and opted that we meet at an apartment,” said Chidinma.

So she took time to do her due diligence –online and offline. And the shook off her parents with a cover story: She was going for a three-day ushering job. Ataga told her family something else too, because according to initial reports, he was supposed to go back to Abuja that weekend to be with his wife and children

With the preparation settled, Chidinma got to the love nest one hour before the tryst teed off.

And when it got in a full swing, they both had a swell time.

“We were having fun: drinking, smoking and taking drugs,” she said. “We smoked SK and Loud.  I went to get food for both of us.” That was Monday

On Tuesday, Ataga, all juiced up, was trying to make more advances, but Chidinma wanted a breather. She was even sleepy at some point. But Ataga wouldn’t give up. He had his way.

“Then towards afternoon, we ordered for smoke and I wasn’t happy with the first one that he did so I was still on my own just smoking and drinking with my food. He too was on his own on the couch,” said Chidinma.

Ataga, however, still wanted more. So he crawled up to her while they were watching a movie. Frigid was the word.

“I told him I was not happy with what he did. I told him he didn’t help me or assist in anything but yet he keeps playing me around.”

To make up for his irresponsibility—for not doing the dishes and hanging out the napkins—the billionaire handed her his ATM card and PIN. A carte blanche.

Then he got violent. Real rapacious.

“I was resisting and defending myself and at some point he hit my head on the wall.  I was struggling to go out but he was stopping me. He even locked the door and he was with the key. I didn’t know where he kept it. So when I got to the door he would draw me back”

She bit back somehow

Then he choked her, her back on the kitchen cabinet, kicking, dragging, and pushing. In the process, Chidinma’s hand felt a kitchen knife, she grabbed it, and made straight for Ataga’s neck. Two stabs. Followed by blood.

“I threw the knife on the bed. Then he was going for it while I went for it as well,” she said.

She probably dove for it first, before Ataga, with his double gashes oozing blood, arrived.

Her back again on the bed.  And Ataga straddled her, empty handed.

“I managed to stab him in the stomach.”

With the remaining whiffs of oxygen in him, and rivulets of blood flowing from three sources, Ataga fought on, dragging the knife. In the process, Chidinma also had her palm sliced.

Life was ebbing out of him now. And she would not raise the alarm or call for help or dial the Lagos emergency code.

Then he crumbled on the floor as Chidinma took his time to have a change of dress. She searched the apartment and got the key, took Ataga’s iPhone, and checked out, clean, looking the part of a great mistress.

According to the Lagos CP Hakeem Odumosu, the lady said she withdrew about N380, 000 from Ataga’s account—for her school fees.

Odumosu also said a driver’s license, complimentary cards, bank statement of Account, a Nigerian International Passport with No.B50010434 was retrieved from her.

The fake driver’s license was bearing Mary Johnson with the suspect’s photograph.

There was also a national ID card bearing the suspect’s name, one ATM debit card and one University of Lagos ID—all Chidinma’s.

Chidinma’s accomplices are now on the run.

Another governor defects to APC

Why we mustn’t surrender our security to some people, Masari warns