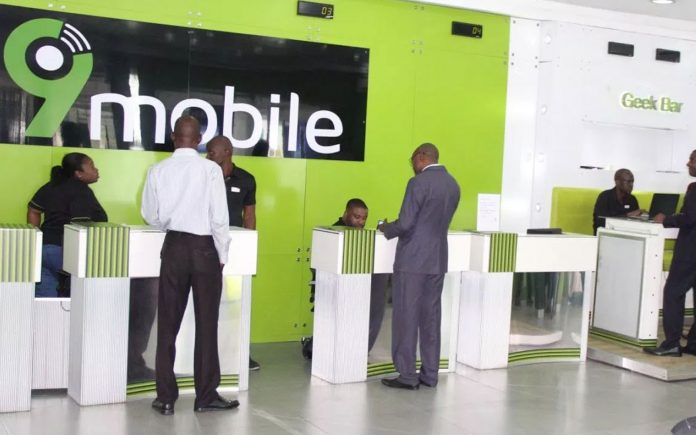 There is palpable tension in the telecommunication sector following last week announcement by the Teleology Holdings Limited (THL) that the Nigerian communications Commission has handed over the troubled 9mobile to it.

Efforts to raise discussions with some top officials of the current receiver management headed by Central Bank of Nigeria’s (CBN) Deputy Governor, Mr. Joseph Nnanna failed as nobody was willing to make any comment in that regard.

Calls made to top officials of NCC regarding the development were answered but nothing meaningful can be deduced from their comments which appeared to be slippery and self-protecting.

Nobody agreed that he or she has what it takes to comment on the development, but the new Director Public Affairs, Mr. Nnamdi Nwokike who was abroad attending international assignment noted that “Am out of the country and therefore cannot comment on the matter”.

In the statement, THL claimed that it had constituted a new Board of Directors for the mobile phone company, following the successful completion of the tenure of the former Board appointed by the Central Bank of Nigeria (CBN), the banking industry regulator.

The constitution of the new Board marks the “definitive end” of the long process that has trailed the sale of 9mobile, the new owners say, while adding that the deal has also received the seal of approval of the Nigerian Communications Commission (NCC), the telecoms industry regulator.

It would be recalled that CBN in collaboration with the NCC, had in July 2017 appointed a Board of Directors chaired by Dr. Joseph Nnanna, the Deputy Governor of the CBN, to oversee the affairs of the company pending the completion of regulatory due diligence of the bid documents submitted by Teleology and sixteen others for its acquisition that was managed by Barclays Africa.

THL averred that “For us, the composition of the new Board of Directors is another significant milestone, and this follows the issuance of final approval of no objection by the Board of the Nigerian Communications Commission (NCC) to the effect that the technical and financial bids Teleology submitted for 9mobile met and satisfied all the regulatory requirements. This is indeed the dawn of a new era in the evolution of the 9mobile brand in the Nigerian market.”

Mohammed Edewor, Non-Executive Director of Teleology, announced that the new Chairman of the Board is Alhaji Nasiru Ado Bayero, who has accepted the appointment.