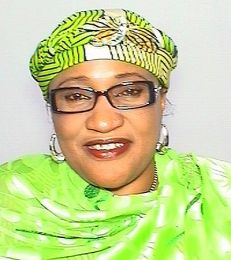 By TOM GARBA, Jalingo
Following the judgment of the Governorship Election Petition Tribunal which sat in Abuja that nullified the election of Governor Darius Ishaku last Saturday as Governor of Taraba State, several stakeholders in the state have been expressing divergent views on the judgment.
Darius at a press conference in Jalingo said the court in Abuja was not fair in their ruling, adding that they left the main issue and capitalised over what is not the main issue.
He stressed that the tribunal didn’t gave him any mandate, they don’t have any right to collect it because his mandate was given to him by Taraba people and, therefore, he headed to the Appeal Court  to seek for redress.
Chairman, Inter Party Advisory Council, Alhaji Mohammadu Dara, sees the judgment of the tribunal as a success story for the people of Taraba State, describing it to be a victory of democracy over autocracy.
Dara, who is a member of PPA, said all the opposition parties in the state believe in the political ideologies of Senator Jummai Aisha Alhassan and that the state will be witnessing major developments in all facets of life in the new administration.
An elder statesman, who is Chairman of Taraba State Concern Indigenes, Alhaji Sambo Tukur, appreciated what the tribunal did, perceiving it an end to total impunity of PDP.
Tukur, who stated that nobody voted for Darius, argued that was the Tribunal called it wasted votes because of impunity showed by PDP during the last elections.
“Darius did not have a single vote during the last elections, that was why the judgment counted against him to say that he had wasted votes. Our courts are now there to hear the cry of the down trodden and are giving us confidence to trust them,” Tukur said.
The State Chairman of the Peoples Democratic Movement (PDM), Alhaji.Kabir Mohammed, also commended the judgment.
A former Deputy Majority leader in Taraba State House, Hon. Oliver Suleiman, who represented Karim Lamido constituency under PDP, happily said:
“The removal of Darius is the sacking of a wicked leader, who when out of power, the people rejoice, but when in power the people cry.”
He, therefore, asked the people of the state to celebrate the judgment in peace and harmony.
Suleiman also advised the Darius not to waste the state resources by appealing the case that did not favor him at the tribunal.