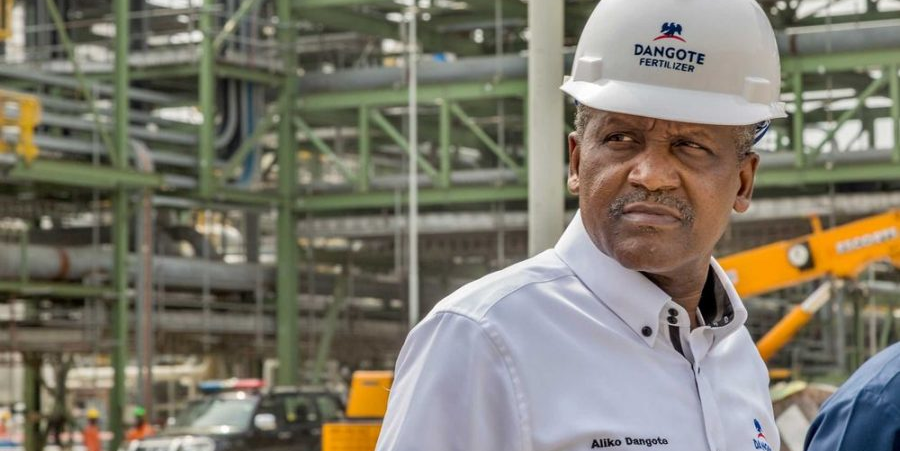 Aliko Dangote, the founder of Dangote Cement, lost -9.05% of his investment in the construction provider on Tuesday, after investors dumped the firm’s shares following a decline in the manufacturer’s earnings.

Dangote Cement had reported its revenue grew 10.3% in Q2 2022, after generating N394.85 billion between April to June, surpassing the N357.89 billion reported during the same period last year.

Analysis showed this growth wasn’t enough to save Dangote Cement’s net profit, as profit after tax dropped -34.9% to N66.25 billion in the second quarter of 2022, failing to surpass the N101.92 billion the company recorded in Q2 2021.

With the decline in net profit, from which shareholders are paid dividend, investors’ confidence depreciated further on Tuesday, as they engaged in a sell off that dragged Dangote Cement share down from Monday’s N265, to N241 – after the capital market priced the stock low.

The sell-off reduced the cement company’s share value, billionaire Dangote, lost N351.57 billion after trading hours, resulting in his investment in the firm dropping to N3.53 trillion, from N3.88 trillion it was valued on Monday.

The N351.57 billion is part of the larger sum, N408.97 billion, that the company lost on Tuesday, dwindling its market capitalisation to N4.10 trillion, from N4.51 trillion.