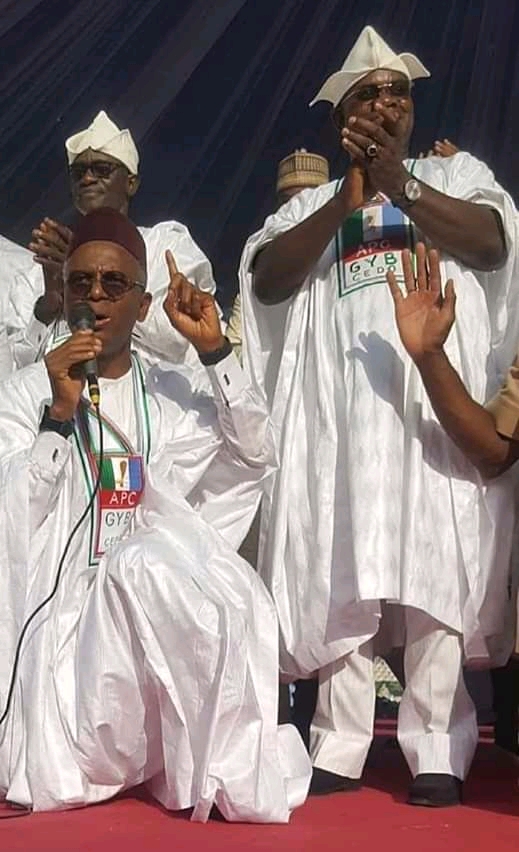 Governor Nasir El-Rufai of Kaduna State and the First Lady of Nigeria, Hajia Aisha Buhari, have admitted the failure and disappointment of Governor Yahaya Bello in his first tenure; they, therefore, beg indigenes of Kogi State, especially, voters to forgive Governor Bello for his failures.

Governor El-Rufai had knelt to apologise to Kogi people, begging for Bello’s forgiveness and urging them to vote Bello for a second term as governor of Kogi State. Though, El-Rufai could not make specific promise of better performance on the return of Bello as Kogi governor for a second tenure, he was pre-occupied with the conquest of the power of the state. 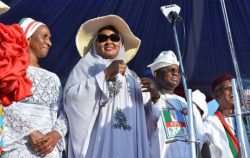 The First Lady, however, did not explain to the people how the governor paid the few months he did within the existing salary structure which he is preoccupied with tis harmonisation.

Unfortunately, Governor has received billions of naira bailout funds, including the Paris Club refund from the federal government. In all these, Governor Bello failed to pay salaries, yet, he failed to develop infrastructures in the state to show alternative use of the funds, beside the state’s IGR and allocations from the federation account.

The people of Kogi State will be taking to the polls this Saturday to elect their governor in the race dominated by Governor Bello of the APC and Engr. Musa Wada of the PDP, in addition to others.