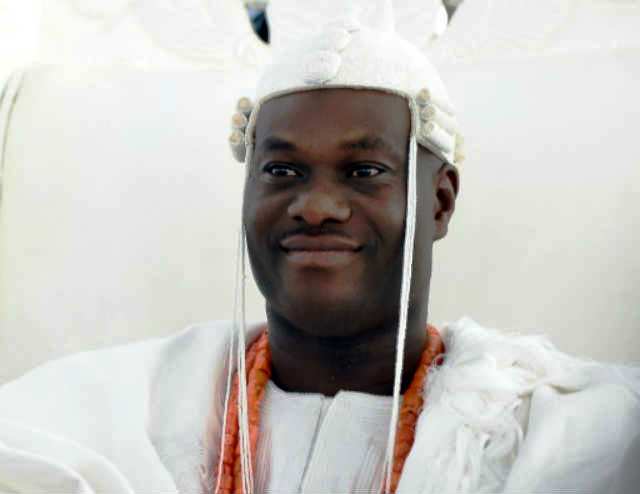 The Ooni of Ife, Oba Adeyeye Ogunwusi Ojaja 11, says entrepreneurship is the only panacea to unemployment and will pave way for Nigeria to develop economically and educationally.

Ogunwusi made this known at the National Micro and Small Medium Enterprises (MSME) Awardees/Nominees of the Federal Government in Ile-Ife.

According to him, entrepreneurship should be prioritized as the nation’s engine room to address unemployment.

He expressed great concern for youths, who were mostly unemployed, saying he feared for them because no one knows where God is taking them to.

“Am your Cheer Leader; I have a group like that ‘Royal African Youth Leadership Forum’ in which I pick 100 annually and recognize them through special awards.

“I take them to the President and dialogue with them on the way forward,” the traditional ruler said.

He said that youths were the heartbeats of the nation, and they needed to be encouraged and empowered.

Ogunwusi then urged the media to always celebrate the young ones, especially those with business orientation with positive stories, rather than broadcasting negative news about our youths.

Also, Mrs. Pemi Folarin, the Guest Speaker at the program, from the U.S congratulated the awardees and the nominees for being privileged to be part of MSME Awardees/Nominees.

Folarin said though, their beginning might be small and rough, with steadfastness, they would get to their promised land.

She encouraged them to ensure they package their products in the best way that would be acceptable to the generality of people.

According to her, the Ooni of Ife has been playing a fatherly role in supporting, and empowering people, which he would continue doing.

“You don’t know where your products would take you to, be diligent in whatever you are doing and ensure you give your best for human consumption,” she said.