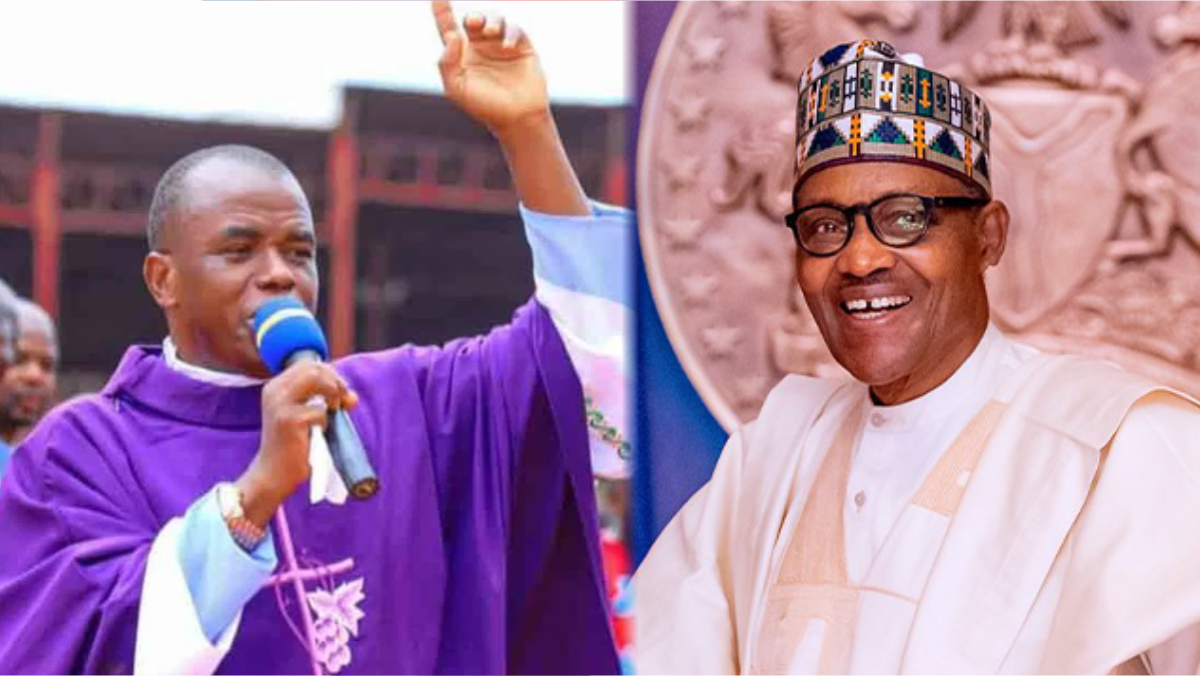 Following his last public spat with the federal government and the revelation he demanded contract award from President Muhammadu Buhari, Catholic Father Ejike Mbaka has been banned from commenting on politics.

His Adoration Ministries Enugu Nigeria (AMEN) has also been converted to chaplaincy, no longer under his control.

Callistus Onaga, Catholic Bishop of Enugu Diocese, stated all this in a letter to the priest also converted the adoration ministry to chaplaincy.

According to a report by The Cable, Onaga now has power to appoint a chaplain to oversee its operations, and can also appoint any ministerial officer “to assist the chaplains to oversee the pastoral activities of the ministry.

Before his last stand-off with Aso Rock, Mbaka prophesied twice Buhari would win his first and second terms.

The fulfilment somewhat gave him access to Aso Rock, and confidence to dabble in political issues, and has since been making controversial statements in the name of prophecy.

The federal government said it already reported him to Vatican.