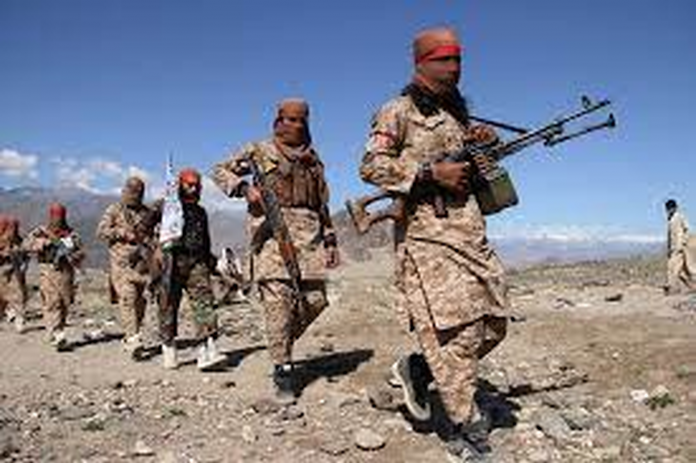 Taliban militants took control of another provincial capital in northern Afghanistan on Monday, the sixth to fall in the past four days, officials had confirmed.

The insurgent group has captured the main government facilities in Aybak city, the capital of Samangan province, according to provincial councillor  Raz Mohammad and two lawmakers representing the province in the parliament.

Pro-government forces abandoned the city and fled to a hilltop called Koh-e Bast after the central government failed to send reinforcements and airstrikes to support them.

Mahboba Rahmat, one of the lawmakers explained, and added that the forces had lost their morale.

Another lawmaker from the constituency said that some 300 fresh soldiers would be deployed to push the Taliban back from Aybak, home to some 120,833 people.

The continued conflict had led to a high number of civilian casualties, children in particular.

At least 27 children were killed in the past 72 hours in three southern Kandahar, Paktiya, and eastern Khost provinces, according to a statement published by UNICEF on Monday.

The statement said that not less than 136 others were also wounded in the bloody conflicts in these provinces,.

“These are not numbers. Each one of these deaths and each case of physical suffering is a personal tragedy,” UNICEF representative in Afghanistan Herve Ludovic De Lys said in the statement.

In the meantime, at least seven dead bodies and nearly a hundred wounded people had been taken to the hospitals in southern Helmand province in the past 24 hours.

This is according to a medical source in the volatile province where heavy fighting continues in the provincial capital, Lashkargah city.

Alongside civilian casualties, Afghanistan was seeing a massive rise in the number of internally displaced people since U.S. and NATO troops began to withdraw in May.

At least 244,000 people have been internally displaced since the beginning of May when the Taliban began multiple offensives against the Kabul government, an increase of some 321 per cent on the same period last year.

The cities of Sheberghan in Jawzjan province and Zaranj in south-western Nimruz province were captured on Friday and Saturday.

Taliban fighters had taken more than half of Afghanistan’s districts, and have encircled about a dozen provincial capitals, since early May.

President Joe Biden had announced that U.S. troops would end their 20-year military intervention in the country by the end of August.

NATO had already quietly wrapped up its mission in the country.

After criticism of the withdrawal, the German defence minister defended the move, saying a very long and touch combat mission would be needed in order to defeat the Taliban.

“Are society and parliament prepared to send the Bundeswehr into a war and stay there with many troops for at least another generation?

“If we are not, then joint withdrawal with partners remains the right decision.’’

Meanwhile, the peace talks that started between the two warring sides in Qatar last year made little progress and have stalled as both sides speak of war.

Observers fear the Taliban would continue its attacks and overpower the government. country.