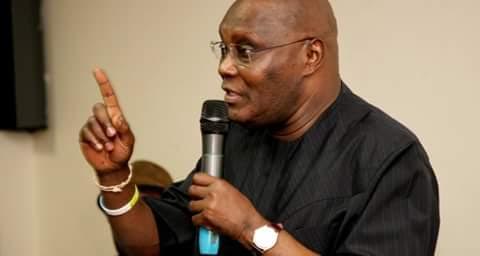 Intels, an oil services company linked with the former Vice President Atiku Abubakar, appears to be in deep trouble, as the revenue agency, Federal Inland Revenue Service, FIRS, has placed a seal on its head office, asking the company to pay unremitted taxes.

It could be recalled that NPA recently cancelled its contract with Intels, claiming it acted based on advice by the Attorney-General of the Federation and Minister Of Justice, Abubakar Malami, SAN.

However, what appeared to be a much bigger trouble is that the Nigeria Free Zone Authority has written Intels, accusing the oil services company of operating illegally, within the zone.

As a consequence of the letter from the Free Zone Authority, multiple sources said Monday afternoon that the appropriate authorities such the Immigration Service may ask most expatriates operating at Intels to leave, especially as the expatriate quota Intels enjoys will be affected by this letter.

As it is now, there is palpable among expatiates because of the suspicion that FIRS may have acted against Intels based on the letter from the Nigeria Free Zone Authority.

But there are concerns that the latest “attack” on Intels may have unintended consequences on the Niger Delta, especially the host community as the company has youths from the region on its staff list. If Intels is crippled, they resultant unemployment may trigger restiveness in the region some indigenes fear.

Malami, had explained that the NPA contract was void from the beginning and was reported to have relayed the government’s decision to the Managing Director, NPA, Hadiza Usman, in a letter dated September 27.

NPA’s statement was signed by the General Manager, Corporate and Strategic Communications, Abdullahi Goje, where it maintained that it sought the legal advice after more than one year of attempts to get Intels to comply with the directive on the TSA.

The NPA explained further that the legal advice contained in a September 27, 2017 letter addressed to Usman, by Malami, expressly stated that the agreement for the monitoring and supervision of pilotage districts in the Exclusive Economic Zone of Nigeria permits Intels to receive revenue generated in each pilotage district from service boat operations.

It said that this was in consideration for 28 per cent of total revenue as commission to Intels was void, “being a contract ex facie illegal as formed for permitting Intels to receive Federal Government revenue.”