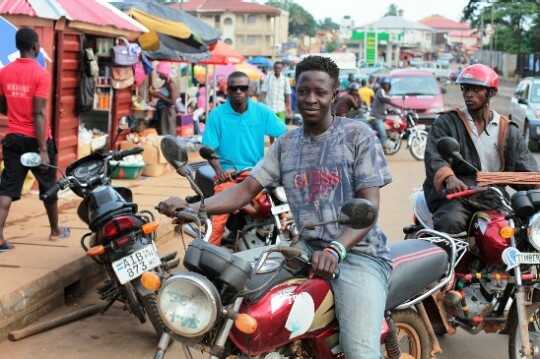 The Federal Road Safety Corps (FRSC), Ogun Command, has warned commercial motorcyclists to desist from taking laws into their hands whenever a crisis occurs involving their fellow riders.

The Sector Commander of FRSC, Mr Ahmed Umar, gave the warning in an interview with the News Agency of Nigeria on Friday in Ota, Ogun.

Umar said the warning became necessary as it had been observed that the commercial motorcyclists, popularly known as Okada riders, usually take laws into their hands whenever crisis erupted between them and the public.

“The law enforcement agencies, especially the police, should be allowed to do their duty by enforcing laws so as to ensure sanity whenever such crisis arises,” he said.

The Sector Commander enjoined commercial motorcyclists to be cautious on the highways, and adhere strictly to traffic rules and regulations to reduce crashes.

He advised them to always use their helmets to avoid hitting their heads on the roads whenever there is a crash.

Aisha Yesufu declares support for Peter Obi, says we need a president and not an emperor