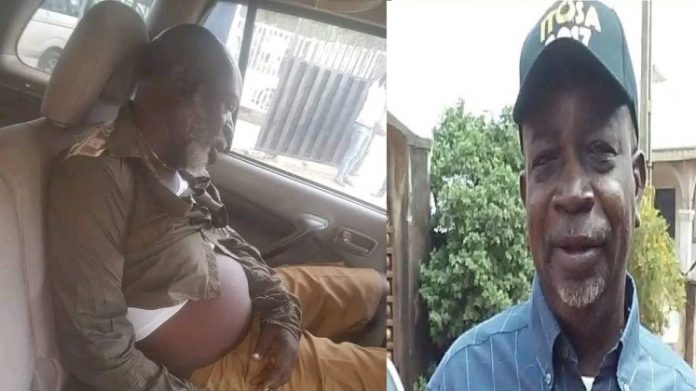 The Ihama Campaign Organisation (ICO) has commiserated with the family of Tunde Igbinoba, chairman of Ward 5, Oredo, Edo State of the Peoples Democratic Party (PDP), who was killed during the factional party primary election for Edo South senatorial district on Monday.

Gunmen had invaded the venue of the primary election of members of the PDP who were believed to be loyal to South-South Vice Chairman of the party, Chief Dan Orbih.

The primary produced Omoregie Ogbeide-Ihama as candidate of Edo South senatorial district of the party.

The faction loyal to the state Governor Godwin Obaseki, which held its primary in a parallel primary produced Matthew Iduoriyekemwen.

Meanwhile, the gunmen were said to have shot into the air to prevent members loyal to Orbih from holding the primary and the ad-hoc and national delegates’ elections.

Igbinoba was hit during the melee that followed.

In the statement, ICO said though it was a celebration time for Ogbeide-Ihama, the death of Igbinoba fouled that mood.

The statement said: “Yesterday May 23rd, 2022, our Dear Edo South Senatorial Ad-Hoc and National Delegates through the ballot at our PDP Senatorial party primaries, overwhelmingly gave Rt. Hon. Omoregie Ogbeide-Ihama their mandate to represent them at the 2023 Senatorial Elections.

“It was a day we should have been celebrating, but we have been in deep pain due to the unfortunate demise of one of us.

“Our dear brother, Mr. Tunde Igbinoba, Chairman of Ward 5 Oredo PDP, passed on as he made his way into his car after the historic exercise, and encountered the mayhem unleashed on citizens and delegates by thugs.

“He was our friend, brother, loyal and dependable ally, a leader, and a very central member of our ‘Political Family for so many years.

“What pains us more than his passing is the manner in which he left. All ‘Uncle T’ wanted to do was express his commitment to democratic processes and ensure that his people got the best representation they deserved. He didn’t deserve to lose his life for that noble act.

“We express our deep condolences to our leader Tunde Igbinoba’s family. Words fail us! But at this time we pray God gives them the strength to bear the loss of their father.