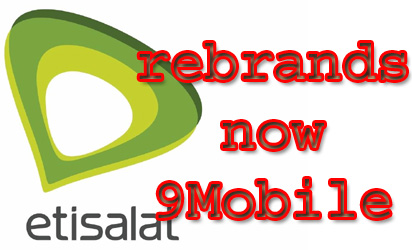 Intervention of regulators preventing about 13 banks which it owed $1.2 billion from placing it on receivership has put the banks in fix, National Daily has gathered.

According to findings, the banks Zenith Bank, GT Bank, First Bank, UBA, Fidelity Bank, Access Bank, Ecobank, FCMB, Stanbic IBTC Bank and Union Bank and others do not know whether to provision for loans to the company until they can work out its value.

National Daily gathered that the lenders first wanted to determine Etisalat Nigeria’s free cash flow to help them value the telecoms business before deciding on whether to impair the assets or hold on to find new investors.

“No bank is talking about restructuring now, but it might get to that later once we are able to ascertain the true value of the company,” a source said.

Nigeria’s banks are set to report interim earnings this month and investors will be watching for signs of a rise in non-performing loans.

The banks collected half of their interest payment for May from Etisalat Nigeria so that the new team running the company has funds to keep it operating, the source said.

“Given the understanding that Etisalat’s debt was performing till the end of the first quarter we believe the banks … might be required to make provisions in the second quarter,” said Olalekan Olabode, head of research at Vetiva Capital said.

Etisalat Nigeria which recently changed its name to 9mobile, took-out a $1.2 billion loan four years ago from 13 local lenders to refinance an existing debt and expand its mobile network, but it struggled to repay due a currency crisis and recession in Nigeria.

GT Bank with $138 million in outstanding loans and Access Bank with $131 million are among the most exposed to Etisalat Nigeria.

“We think that by the time the new management settles in, makes some changes and reduces costs, the company might bounce back,” the source told National Daily, adding that he expected support from the central bank, which has sought to avoid Etisalat Nigeria’s collapse from sparking a wider debt crisis.

According to the new Chief Executive Officer, Boye Olusanya, said he was focused on getting the telecoms group back on track to make a profit, while working on the paperwork to eventually raise new capital.

Renaissance Capital analysts estimates Etisalat Nigeria could be worth $1.2 billion based on an enterprise value to operating cashflow multiple when compared with South Africa’s MTN and other African telecoms companies.

“Rather than converting the debt to equity, we expect to see a restructuring in the near term,” he added.