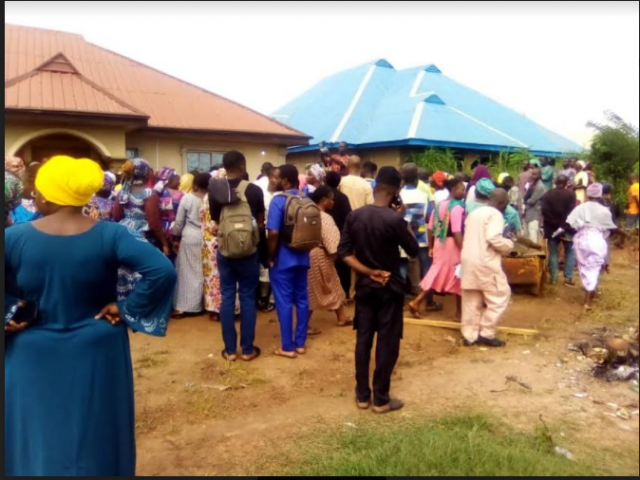 A 43-year-old man simply identified as Sanjo, and his wife, have been arrested by the Osun State Police Command for allegedly killing their children and burying them on their farmland in Osogbo, Osun State.

The state Commissioner for Women, Children and Social Affairs, Barr. Olubukola Olaboopo, who confirmed the arrest of the couples, said the duo have been handed over to the police.

She described the action of the couples as wicked, saying that the government of Adegboyega Oyetola will not condone acts of violence, child abuse or any other related act in the state.

Olaboopo who vowed that the perpetrators will not go unpunished warned those that are still involved in such heinous acts to desist.

In a confessional statement made by Sanjo, he explained that he married his wife in 2008 and God blessed them with five children.

READ ALSO: Couple found dead under mysterious circumstances in their home in Ilesha

He confessed that he beat their third child to death unintentionally, adding “I and my wife buried the child on our farmland.”

His wife also confessed that four of their five children have died, remaining a newly born baby who was delivered recently despite their efforts to terminate him during pregnancy.

She explained that they decided to kill two of the babies due to poverty while they dumped the third one around Technical Area, Osogbo.

Narrating her ordeal in the hands of her husband, she said, apart from constantly subjecting her to hard labour on his farm, the man is fond of beating and tying her down before sexual intercourse.

The woman also confessed that on several occasions, she had been compelled to source sexual partners for the suspect.

She narrated how they had made several abortion attempts on the new baby but their efforts were futile.