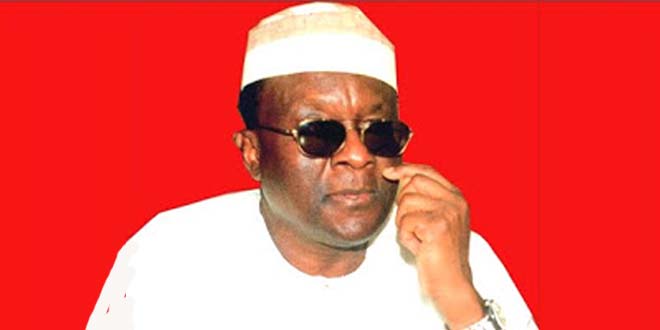 President Muhammadu Buhari has singled out the late Gani Fawehinmi among few other lawyers that broke rank with the NBA to join him in fighting corruption when he was military head of state in 1983.

“In Buhari’s first coming, the bar was not very helpful to his anti-corruption crusade,” said Prof. Adamu Usman, legal adviser to the president, at the Law Week of the Nigeria Bar Association, Kaduna, on Monday.

“They boycotted the special military tribunals for the Recovery of Public Property set up by his government on the grounds that the tribunals were chaired by soldiers instead of judges.”

Usman noted in his keynote address entitled The Fight against Corruption : The role of the Bar and Bench, history has repeated itself now. And he urged the learned silks to give Buhari the necessary support to free Nigeria from the stranglehold of corruption.

“The same Buhari is back again in the saddle to lock horn with the hydra-headed monster called corruption. Whenever history repeats itself, it carries vengeance and calamity in its fist and teeth.”

President Buhari has been whining over the role of the judiciary in the on-going anti-corruption crusade, describing the The Third Estate as a pain in his neck.

In the last 12 months, no fewer than three lawyers and four judges have been enmeshed in bribery scandals and corruption, according to the EFCC.

Among the lawyers are Rickey Tarfa (SAN), Ebun-Olu Adegboruwa, and Joseph Nwobike.

And the NBA has not taken any effort in investigating and disciplining those of their members found wanting.