Ladies and Gentlemen—good morning and welcome to the Jacques Polak Annual Research Conference.

It is the 20th anniversary of this conference, and I would like to thank many current and former colleagues for their inspiration and tireless work.

Year after year, outstanding academics and policymakers come together to discuss cutting- edge ideas that can help make a difference—not just intellectually, but in people’s lives.

Over the next two days, we will talk about the importance of debt. This theme is more critical than ever, because debt levels have never been higher. And with low interest rates available to many borrowers, they are taking on more leverage.

Global debt—both public and private—has reached an all-time high of $188 trillion. This amounts to about 230 percent of world output.

A major driver of this buildup is the private sector, which currently makes up almost two- thirds of the total debt level. But that is only part of the story.

Public debt in advanced economies is at levels not seen since the Second World War. Emerging market public debt is at levels last seen during the 1980s debt crisis. And low- income countries have seen sharp increases in their debt burdens over the past five years.

That is why policymakers are facing tough questions:

When are debt levels too high? How can we reduce debt burdens in a fair and growth- friendly way? And how can we maximize the essential benefits of debt?

I look forward to hearing fresh ideas on how to address these and many other issues.

1. The bright side of debt

Simply put, they allow us to do something now and pay for it later, when we have more income.

Let us start by focusing on what I would call “the bright side” of debt. Why do we need loans and other forms of credit in the first place?

This is a very old idea. Going back to 3,000 BC, loans were provided for the purchase of seeds, for example. Those seeds would be planted, and the harvest would repay the debt.

Of course, the lender would need to have confidence in the borrower’s ability to repay the loan. The word “credit” itself comes from the Latin word for “trust”—which is the lifeblood of economic and financial systems.

In fact, countries with room in their budgets should use this moment of low, or negative, interest rates to scale up productive public investments.

In places such as Germany, the Netherlands, and South Korea, an increase in spending— especially on infrastructure and R&D—can help boost demand and growth potential.

Where there is fiscal space, borrowing can also help countries scale up spending to meet the Sustainable Development Goals. This, in turn, requires building trust through sound macroeconomic policies and a welcoming business environment.

2. The darker side of debt

And yet, history tells us about the darker side of debt. Think of the devastating effects of unsustainable credit booms, including in the run-up to the global financial crisis.

How can we avoid this reckless risk-taking? Can we tame the private credit cycle? And what is the role of monetary policy and macro prudential tools? Jeremy Stein, who will deliver the Mundell Fleming Lecture, will have more to say on that later this evening.

Addressing these issues is more important than ever, because the current level of record-high debt poses risks to economic and financial stability.

Remember: the buildup of public debt has a lot to do with the policy response to the 2008 financial crisis—when private debt moved to public balance sheets, especially in advanced economies.

In developing countries, the buildup reflects a broader range of factors—from sharp declines in commodity prices, to natural disasters and civil conflict, to high investment spending on projects that were not productive.

The bottom line is that high debt burdens have left many governments, companies, and households vulnerable to a sudden tightening of financial conditions.

Yes, global financial conditions have remained easy, in part because interest rates are low for longer than expected in advanced economies. But the world is also facing increased uncertainty—driven by trade tensions, Brexit, and geopolitical risks.

If investor sentiment were to shift, the more vulnerable borrowers could face financial tightening and higher interest costs—and it would become more difficult to repay or roll over debt. This, in turn, could amplify market corrections and intensify capital outflows from emerging markets.

Of course, high debt is not just a risk to financial stability; it can also become a drag on growth and development efforts.

In low-income countries, high debt burdens could jeopardize development goals as governments spend more on debt service and less on infrastructure, health, and education. We estimate that 43 percent of low-income countries are either at high risk of falling into debt distress or are already in distress.

So how can countries move closer to the bright side of debt? How can they plant the right policy seeds?

Let me highlight three priorities that can help make a difference in developing countries.

First—we need to ensure that borrowing is more sustainable. This means proceeding carefully in taking on new debt—focusing more on attracting equity-based investment, such as foreign direct investment; boosting tax revenues; and stepping up the fight against red tape and corruption.

It means focusing on investment projects with credibly high rates of return. And it means increasing the responsibility of lenders—who need to assess the impact of new loans on the borrower’s debt position before providing new loans.

Second—we need to ensure that borrowing and lending practices are more transparent. In many countries, there is room to significantly strengthen the institutions that record, monitor, and report debt.

Here the IMF is working closely with the World Bank to help our member countries strengthen their debt management capacity and governance frameworks.

We are also using our debt sustainability analysis to shine a light on potential risks, helping borrowers to build—or re-build—trust.

Third—we need to encourage better collaboration between borrower countries and lenders. This means working together to improve the disclosure of debt contracts, which can help reduce risks and increase accountability.

We also need better collaboration to prepare for debt restructuring cases that involve non- traditional lenders, including creditor countries outside the Paris Club. This means establishing new ways in which official creditor coordination can take place.

These issues—from debt sustainability, to transparency, to collaboration—will be critical for the wellbeing of developing countries. That is why we need increased efforts, more dialogue, and fresh ideas.

The same is true for advanced economies, where governments are wondering about the right policy seeds.

The fact is that some countries with high deficits have seen low interest rates and low inflation for an extended period. And some are even wondering whether “low for long” could turn into “low forever.”

It is not surprising, therefore, to see growing debates about the very nature of fiscal policy in the advanced world.

Is it possible that debt levels that were deemed too high in the past are now acceptable? Is population aging a game changer for fiscal policy? Is it time to reassess traditional fiscal rules and assumptions?

I certainly look forward to hearing more on these issues from our world-class participants, including two former IMF chief economists—Olivier Blanchard and Ken Rogoff.

They are not only leaders in their field, but they embody the spirit of intellectual openness and relentless curiosity. That spirit is also at the heart of our Annual Research Conference.

Over the next two days, we can draw inspiration from the musical Hamilton, in which Alexander Hamilton ponders a key question. “What is a legacy,” he asks. “It’s planting seeds in a garden you never get to see.”

I am convinced that the legacy of this generation of economists will be closely linked to our policy advice on debt.

Our joint responsibility is to help countries plant the right seeds now—so that future generations can share a more plentiful harvest. 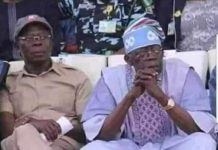 More cases of Coronavirus in Nigeria