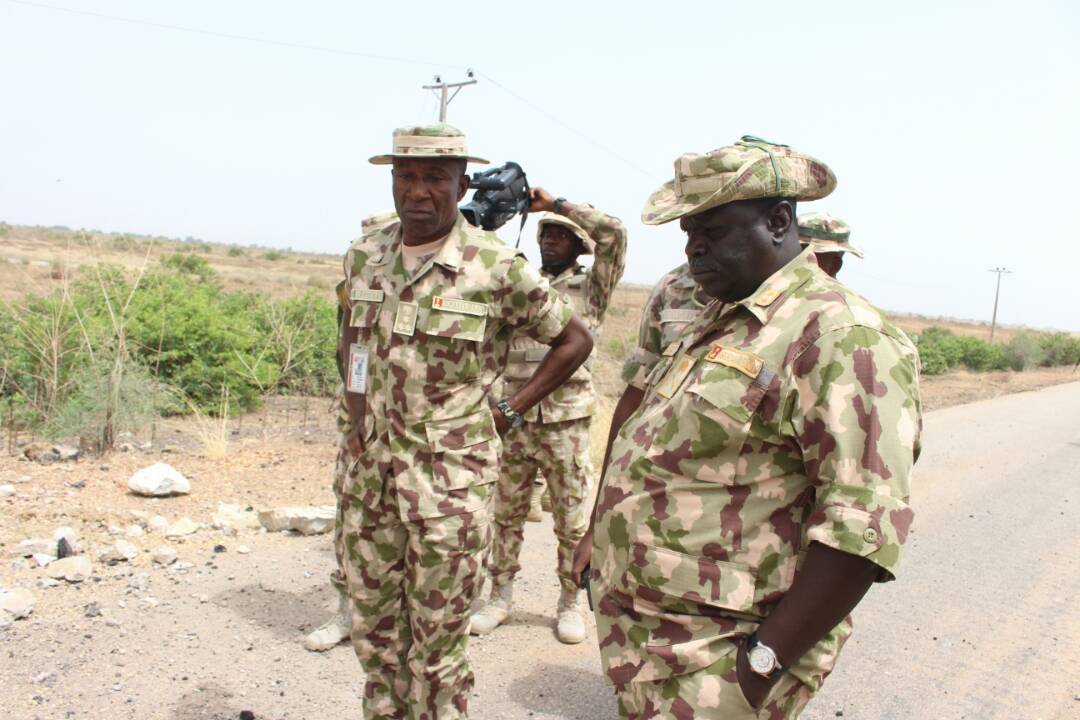 The four IEDs were carefully buried by the terrorists expecting their convoy to run into it but due to the alertness of troops, uncovered it while journeying from Bama to Gwoza at about 10.00am on Saturday April 22.

Army Headquarters says on Sunday that the convoy “Encountered the four clustered IEDs buried at a crossing point along Banki Junction and Pulka road, about 6 kilometres to Firgi in Borno State.

“The Explosive Ordinance Device team, however, were able to quickly detect the deadly IEDs and safely extracted and detonated them. 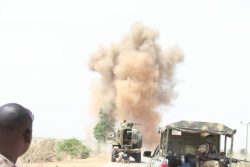 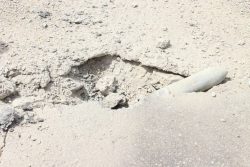 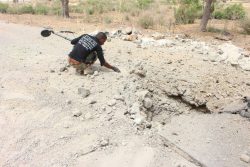 “The team among other places visited 112 Task Force Battalion Pulka.”

However, a military source disclosed to National Daily that such IEDs planted by terrorists litters everywhere in Borno except Maiduguri town that is bumbling with human and business activities.

It was further gathered that as a result, the military authorities have resorted to scanning the road while moving from one point to another to avoid running into such planted weapon of mass destruction.