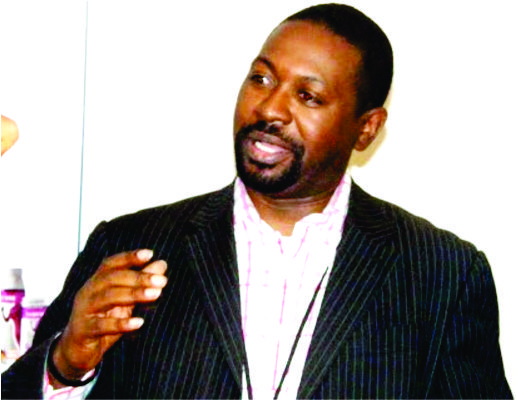 TEMITOPE OLODO is a United Kingdom-based Nigerian preventive counter-terrorism expert. He is also the Director, Defending All Daughters and author of several books including: Counter Terrorism Guidance For Nigerian Religious Leaders. In this conversation with OKOSUN OKHUELEIGBE on emerging security ruckus in the country, he said the narratives orchestrated by the Federal Government that Boko Haram has been “technically” defeated should not becloud our collective sense of reasoning but government should invest more in integrating radicalised youths. Excerpts:

FHE Minister of Information, Lai Mohammed, said Boko Haram has been technically and tactically defeated. Are you convinced?
I understand the eagerness of our Honourable Minister Lai Mohammed to boost the confidence of our officers and men in the battle front. But the reality for many Nigerians is the thinking that insurgency operation is still visible to some extent. The question to be asked is simple: What constitutes ‘tactical defeat’? This is so because no nation has ever won the war of terror not to talk of the United States of America, Saudi-Arabia, United Kingdom! So, I am curious to know the yardstick that the federal government is using for measuring Boko Haram tactical or technical defeat. Is it their ability to inflict major casualty or inability to hold territory? Unfortunately, over 50 Nigerians have been killed since the declaration and the Chibok Girls are yet to be found; so I am not convinced that Boko Haram had been tactically defeated. I am happy that they have been contained and our security operative’s ability to disrupt their activities had been improved.

Do you subscribe to announcing successes recorded against terrorist?
Yes, I encourage promotion of successes against the war on terrorism but we must define the success and ensure that our counter narrative is fit for the purpose. President George Bush announced winning the war of terrorism and America is still fighting the war of terrorism till tomorrow. We must be very careful about what we are announcing and ensure that the population’s temperature on security align with it. I am looking forward to the federal government announcing their success in turning around former Boko Haram members into productive members of Nigeria society. If a former Niger Delta militant could owe a university then, I want to hear about a former Boko Haram member owning a big farm. It is not good for the Nigeria brand that we are announcing successes against terrorists and many people are still being killed! Mind you, Nigerians are not anti-announcement but they want more information about other aspects of the war. In the United Kingdom or other countries where they are battling insurgency, they embed Security/Defence Correspondents to capture the war on terrorism which they later edit and broadcast…. That type of live-feed will boost Nigerians appreciation of the success of the military.

El-Zakyzaky adherents blocked the Chief of Army Staff’s convoy recently and that lead to a shoot-out. Didn’t the Islamic group go too far?
El-Zakyzaky’s behaviour and activities of his Shiite group occurred because of the failure of the local security institutions to maintain law and order. In the first instance, no one should block the road without permit and it is the job of Nigeria Police to ensure no one blocks public road. Yes, the group stepped out of line but we need to consider if the level of force employ by the military was proportionate.

Was the military action justified considering the potential security threat to the Principal (COAS) and his convoy?
We are in a democratic setting and the only recognised security agency allowed to operate within Nigeria territory is Nigerian Police Force. The military must be invited to operate by the Chief Security Officer a state or Mr. President. The military acted ultra vires to lead the team that arrested El-Zakyzaky and destruction of the building in the compound. It is the duty of Nigerian Police Force to arrest El-Zakyzaky but they can invite the military for support when the destruction of an immovable property contravenes the right of a Nigerian citizen under section 43.
I understand that the infrastructure was marked for demolition in the past but we must understand that carrying it out after the incident with the COAS was not right. There was definitely a threat to the COAS and it is unfortunate that people died at the scene in the act of self-defence but returning to El-Zakyzaky residence after and the casualties associated with that activity can’t be justified.

Should a ban on hijabs be enforced now that terrorists are using it as cover to bomb soft targets?
I understand the dilemma of the government on the issue of hijab and I also understand ECOWAS has made a move along that line which I believe is an “Emotional Motivated Policy.”
If I was advising the NSA or Mr. President on urban security management which actually is the best way to address this matter, I will suggest a holistic approach by empowering the people to drive the security policy initiative. If the collective people’s policy recommended the ‘restriction’ of hijab in specific locations, then, it will be people-driven and publicly policed by the people but we can’t in the 21st Century be imposing initiatives on the population in the name of security without effective consultation. In the first instance, why is it that the percentage of the suicide bombers are school age children and what are we doing to eliminate recruitment of that population for violent extremism? What policy direction has been introduced by the state government or the federal government security agency responsible to address the recruitment saga? When I was growing up, if you were seen on the road during school hours, you would be questioned by people on the street. Now we can empower the police in the terrorism hotspots to arrest children roaming the streets and return them home if community leaders collectively agree with the policy direction. We are aware that most of the suicide bombers target crowded places so we can also restrict youth attending mosques, marketplace in their locality. If suicide bombing becomes frequent, then, it is not harsh to compel mosques in specific areas to register their members. Overall, if the community and religious leaders work with government to restrict the usage of hijab in crowded venues; then I am content with it.

What should security agencies be focusing on in the New Year to deal with terrorists comprehensively?
Developing an inclusive security strategy that is people-oriented; enhancing their capacity; injecting wider security analysts to map out their security plan; investing more in deconstruction of radicalised youths; concentrating on building their security stakeholder strategy; and setting up a Multi-Agency Taskforce to concentrate on looking for the Chibok Girls. Until a new agency is set up to co-ordinate terrorism activities across Nigeria security agencies, we need the National Security Adviser (NSA) to develop a coordinated security task for all agencies.