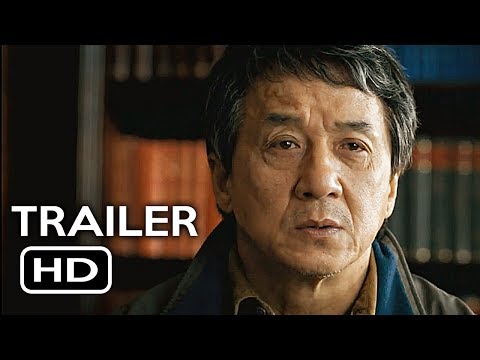 Martial arts expert and actor Jackie Chan admitted he spent 45 minutes hanging from the outside of a helicopter for ‘Police Story 3’.

The 63-year-old martial arts stuntman-turned-actor shot to fame with a number of American/Chinese movies, including ‘Rush Hour’ and ‘Shanghai Knights’, and admitted he doesn’t like to repeat his stunts.

Speaking to the Metro, the actor said: ”I don’t like to repeat myself so I try something new every time.

”In ‘Police Story’ I jumped from the shopping mall Christmas decoration; in ‘Project A’ I fell down from the clock; in ‘Police Story 3’ I was hanging outside the helicopter for 45 minutes.”

For his latest movie, ‘Kung Fu Yoga’ the actor had a number of scenes with a real lion, who was the pet of a member of the Dubai royal family.

He said: ”It was lent by the Princess of Dubai – it is her pet.

”In most scenes, the lion was filmed separately but we had some moments together in the car.

”The lion was well trained but it was still scary.”

Not only was a lion loaned from the princess, but the actor said ”luxury cars” were also lent by the royal family in United Arab Emirates (UAE) and streets were cordoned off.

He said: ”The film was shot in many countries, including China, Iceland, India and UAE.

”The royal family in UAE lent us their luxury cars and the government cordoned off streets for us for car chases.”

Although known for his martial arts skills, for ‘Kung Fu Yoga’ – which has been described as a ”fast-paced action comedy” by the actor – Chan attempted to do some Bollywood dancing and found it ”difficult”.

He said: ”I attempted Bollywood dancing this time! But doing stunts is what I am best at.

”At first learning dancing was difficult but then the instructor related the movements to daily activities such as changing light bulbs or hitting the ground.

”It became easier to remember moves.”

Kidnap: 3 of 5 passengers of “God is Good” motor released

Charlyboy, Nigerian youths give Buhari ultimatum to resume or resign