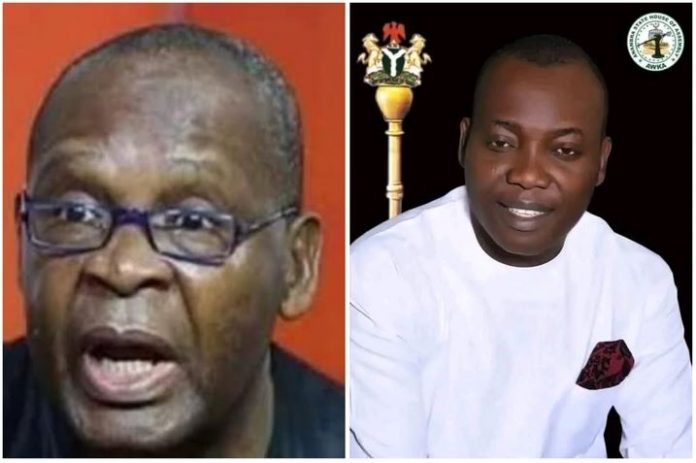 The gruesome murder of Hon Okechukwu Okoye has once again reiterated the need for security intervention in the south east, because when lawmakers that have security assigned to them are not safe then where is the hope for the common man. The news of the death of Hon Okoye is devastating, after he was kidnapped his abductors ended up killing him, they also cut his head off. The question now is, are these gunmen trying to send a message or did they kill him for the fun of it or did his family fail to pay ransom?. These questions need answers.

This Killing touched joe Igbokwe and he took to his Facebook account to react by saying when you think you have seen or heard enough in Igboland another despicable horror will hit you like a bomb in the face. Joe Igbokwe said he has shed enough tears to get to the level of river Niger in onitsha, still the carnage in the south east continues unabated, but he is raising an alarm once again.

Joe Igbokwe called on bonafide Igbo men and women to rise up and defend Igboland, he also called on the federal government to take control of the south east because it is also part of Nigeria.