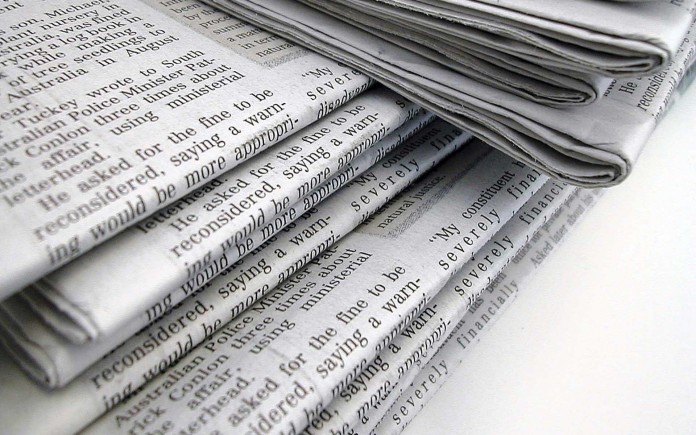 COLUMN writing as part of modern day journalism is in ferment. It has been with the practitioners since ages but its brilliant resurgence is driving up competition and the flowering of literary excellence. Today’s newspapers print journalism cannot do without their in-house or hired columnists. Column genre has been so woven into the fabric of newspaper production as to make its omission a catastrophic aberration.
Who’s a columnist? There is no hard and fast rule about who a columnist is. And there is

No matter how large is the concentration of columnists in any newspaper, there is a natural selection process among the readers in their choice of writers. In Nigeria, for instance, tribal and religious consideration may influence the type of columnists we read and respect. I may be wrong. However, there is an antidote for a tribally or religiously skewed reader. When a columnist is excellent, hardly would the reader consider his tribal or religious affiliation.

What then makes an excellent columnist? A columnist must be a good story teller. He must be a veteran who has seen it all. He is averse to timid writing where truth dies in every line. He must write clear, simple, lucid and intelligent piece with the aim of communicating, educating, entertaining and empowering his readers. He should be the one who holds the light to the dark tunnel of our ignorance especially in a country like Nigeria where underdevelopment, illiteracy, poverty and inequality still rule because of lack of knowledge among the citizens of their collective and individual rights. He must have a good command of vocabularies and the ability to use and express them without irritating readers with ‘big’ words. A columnist must be self-opinionated and be ready to defend his corner when the flaks start bouncing back. He should be an avid reader with stupendous appetite for the written word. He should be an extrovert and a keen observer of the inanities, foibles, manners, fads and shenanigans of our digitalised planet. He should be incorruptible. A corruptible columnist will turn the column page into a megaphone for the high and mighty. He must be resourceful with a good memory to recall events of yesteryears in a nano second. A good columnist must write, write and write. He should also be a good proof-reader of the product of his creative effort and be able to strike out redundancies, weak words, cliché and woolly sentences. He must be bold and unafraid to ruffle feathers and even get into righteous brawl of patriotic significance. A resourceful and methodical columnist can gather column materials from any source. He can gather material from human contacts, books, television news, newspapers, the Internet and if creative, through imagination and personal fancy. Material could be gathered through travel, Holy Spirit leading or even from the dreaded thundering voice of Sango. Inspiration for writing can pop up from watching Spartacus, my favourite brawny, not to say bravura epic, where the cast spill blood and sand to watching a 50-stone man as he groans under steamy orgasm. The journey to a columnist shouts of eureka or Tally-ho is uniquely personal like our fingerprint.

What make a thrilling columnist are his imagination and the ability to make waves with words and command them to sing and dance across the page. He must be able to arrest the readers from the opening lines with gripping yarn until they are gently let off. We live in a time-driven, now- world where the attention span of Mr Busybody is so flighty as to be non-existent. What better way to get the impatient reader than to dangle your finest apple at the sound of the bell.

Columnists are human and like any other mortal they face the danger of behaving like oracle of God without fallibility. We are all clay footed Homo erectus, no erection intended, susceptible to pride, snobbery and self-justification. A columnist may write foolish, idiotic and plain stupid rubbish this week and the next be shortlisted for Journalism Nobel! A columnist is not an oracle but a man who is sufficiently knowledgeable to understand that he does not know it all. No matter the public affection or even adulation, a columnist must carry on with humility and dedication. His covenant with his publics is to demystify society’s idiosyncrasies and offer suggestions to our everyday challenges as citizens and as a nation.

I guess that a good labourer is worth a good pay. Journalism in Nigeria is still seen by some newspapers as a calling and not a profession. Right or wrong? A calling is what you do without regard for reward. A profession on the other hand is what you do with a desire to be well paid for your special knowledge or natural gift. Proprietors or editors in Nigeria still behave badly when it comes to paying their columnists well. No writer can survive on a columnist pay in Nigeria. The remuneration is shamelessly and achingly disappointing. Many editors in Nigeria view the contribution of a columnist as a favour and as such treat them shabbily and insensitively. It is sad to see young editors manipulating and acting like stern school teachers over veteran columnists especially in a scenario that reeks of scandalous patronisation. Compared with columnists in the UK, the vastness of difference is oceanic. In the UK, columnists are respected, idolised and actively courted by the political class. Many are ex-professionals from the Army to whatever you may imagine. They earn good money, live in opulent mansions and go on holidays as to make you wonder why their colleagues in Nigeria are pauperised. But in the same Africa, Nigeria’s Senate President earns more than the President of America. In Nigeria, the journalism situation is so bad that cub reporters, writers and columnists court politicians brazenly in order to make ends meet. What the proprietors and the editors deny their columnists is compensated through the back door in the form of politicians’ brown envelopes. The post-mortem of a columnist’s pay in Nigeria can make you weep. Journalism will not give you a house in Lekki. Believe it!

Lastly, I can say with unabashed writerliness that columnists in Nigeria need a fair deal. Many columnists of today write through the old cliché of the craft as a calling but for God’s sake writing is a profession and is crying for adequate reward in Nigeria. The amount of money young editors spend junketing from one Western capital to the other could be used for the welfare of many unhappy columnists who merely carry on to be read by, oftentimes, unappreciating readers. There may be a hidden soulish joy in whacking out 850 words of fine writing each week, but there is this literary emptiness when you are paid zilch for your effort by some brainless drones in the management who play God with your talent. 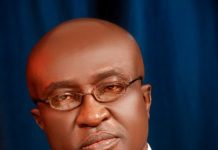