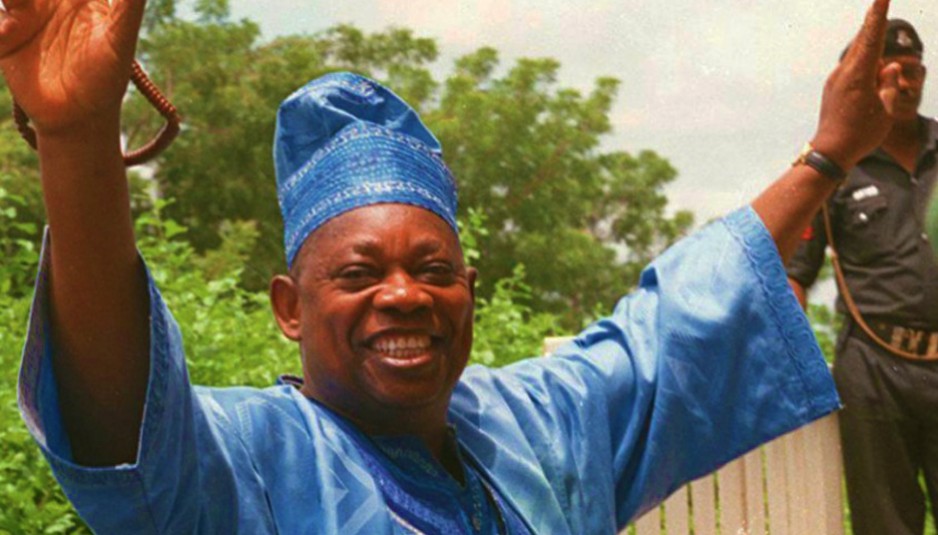 Prominent torch bearers of the June 12 struggle takes divergent position on chatting a new course for our nation’s ailing polity, 23 years after stressing the need for conduct of a fresh national conference , while the other calls fiscal federalism and full implementation of 2014 CONFAB report.

This was the stance of activists and comrades present at annual event organized by the Otunba Gani Adams of Odua People’s Congress (OPC) as posthumous celebration of late Chief Mohood Kashimawo Olawale  Abiola at the Excellence Hotel Ogba Lagos yesterday.

Adams who is the national leader of OPC, noted that the nation is in a dire straits and need address the issue of restructuring as proposed by delegates at 2014 CONFAB, which he described as the source of quagmire the nation is currently grappling with. Adding that the late symbol of democracy must be vindicated.

“One major issue that stare us in the face which we fail to address is the need to restructure Nigeria, freedom has been our cry every June 12 commemoration day having been forcefully repressed.I feel it is important to have a forum like this to speak the truth about the state of our nation, the ups and downs, the challenges, fears and expectations of our people and the tasks ahead.

“Today is exactly 23 years after the June 12 election was annulled by the military government led by Gen Ibrahim Badamosi Babangida.He did not annul the election alone; He did so in collaboration with a section of the civilian population. June 12 drew us backwards.Lives were lost. Businesses collapsed. Children were killed, adults were massacred,” he recounted.

Adams enjoined the government to recognise June 12 as Nigeria’s Democracy Day, instead of May 29.

The harrow head of Arewa front, Alhaji Yerima Shettima however, noted that there is an urgent need for the federal government to reconvene a national conference which will holistically deal with myriads of problems confronting the nation, which in his view is created by the void of equity and justice,  advocating regionalism as the best style of governance.

In her remark, President, Women Arise, Dr Joe Okei-Odumakin  said June 12 marks the real change in the country’s democratic setting, which addressed all the challenges the country is bedeviled with, calling for restructuring of the country.

She demanded for justice to be done on those linked with the death of late Abiola and his wife, Kudirat, who were murdered in cold blood in the struggle for her husband’s stolen mandates.

The Women Arise convener further charged the Muhammadu Buhari-led All Progressives Congress, APC government anti-graft war should be all encompassing urging that rule of law must be allowed to take its course.

In his remark Jamiu Abiola,biological scion and son of the Abiola lamented the federal government’s lackadaisical attitude to the need to ensure justice is done, to the angling for reference to the winner of the acclaimed freest and fairest election ever conducted in Nigeria, and also the pivot upon which democracy enjoyed stands, stating that true democracy is yet to be entrenched.

He restated this stance at the posthumous celebration of their forebears at their palatial Opebi residence, where patriots of the June 12 struggle like, Debo Adeniran, Comrade Ayo Adewale, Yerima Shettima, Alfred Ilere, Wale Okunniyi, Prof. Akintola and others, further canvassed the various need for good governance.

Oil marketers may go beyond N145 as forex scarcity persists

My ordeal in detention: I was hanged on the ceiling with my hands, legs in chains — Al-Mustapha