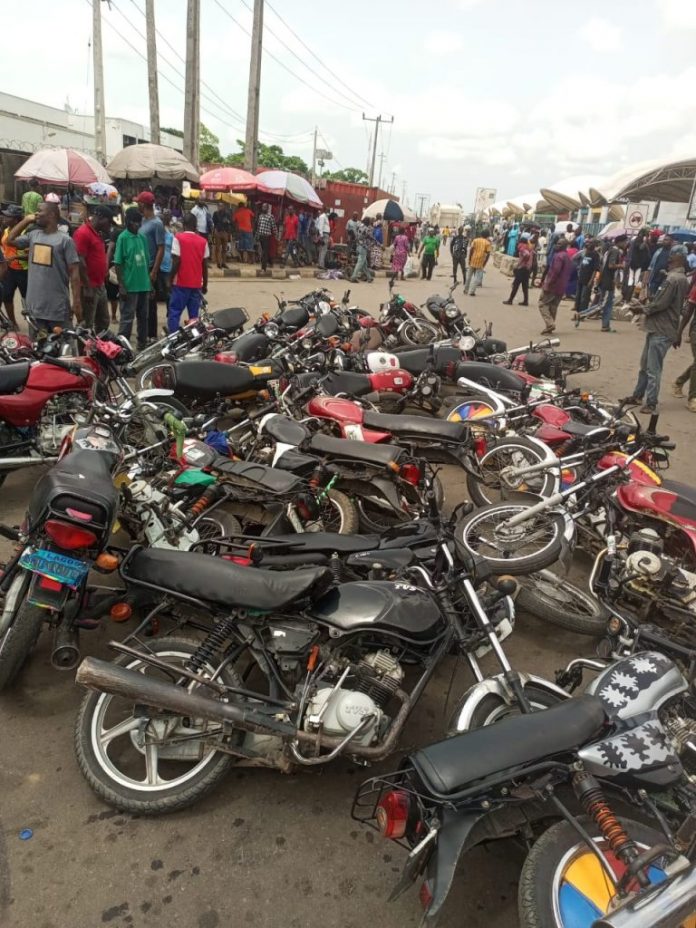 The Director, Press and Public Affairs of the agency, Mr Gbadeyan Abdulraheem confirmed this on Monday in a statement.

The News Agency of Nigeria reports that four persons who allegedly participated in the jungle justice against David Imoh, 38, had earlier been arrested by the police in Lagos..

The Police spokesman in Lagos State , SP Benjamin Hundeyin, confirmed the arrest to NAN on Sunday, stressing that there was a manhunt for other suspects at large.

According to Hundeyin, the incident happened on May 12, 2022.

The taskforce spokesman said that the raid of the motorcycles was in connection with the alleged murder of Imoh, a sound engineer, by some commercial motorcyclists.

He said that the Chairman of the Lagos State Taskforce, CSP Shola Jejeloye led a team of officers and men to the axis to carry out the raid on commercial motorcyclists operating illegally in that area.

Abdulraheem said that the operation lasted for about four hours, beginning in the early hours of Monday at Lekki Epe Expressway, Lekki Phase 1 axis, Admiralty way and its environs.

He said that the Agency has been to the area severally to make arrests and seize some of the bikes plying one-way and restricted routes, stressing that the motorcyclists, unfortunately found themselves back on same roads following week.

” Some even put up resistance when apprehended because they see nothing wrong in what they are doing.

“The murder of Mr David Imoh by the suspected Okada men is a painful and tragic incident, hence the need to intensify our activities in the axis and in the State.

“We want to ensure that the menace of Okada is brought to a complete halt and also prevent a reoccurrence of such an inhumane and barbaric act,” he said.

Abdulraheem noted that Operation Kogberegbe, which was launched as result of the menace of Okada operators will be reinforced in order to put an end to the nuisance caused by them.