Michael Imoudu, the National Institute for Labour Studies (MINILS) Ilorin, has reaffirmed its determination to mainstream gender and women studies in its training curriculum.

The Director-General of the institute, Mr Issa Aremu made this known in Ilorin on Wednesday in an interview.

According to him, the proposed training will be part of the innovations to reposition the institute for better educational service delivery.

Aremu praised the Kwara chapter of the NLC for promoting women’s participation in trade union activities, adding that it would be of tremendous assistance toward the realization of the training.

The DG noted that there was still room for further affirmative measures for women’s participation in the union’s movement.

He urged the NLC to incorporate gender perspective and equality issues in the areas of union work that include collective bargaining, research, education and
information.

He said the institute had restructured its training curriculum to include gender issues aimed at building capacity for women workers.

Aremu said that while there had been progress on women’s rights at work in many workplaces in the country, there were still many obstacles in the way of gender equality.

“Women’s access to better jobs, job segregation, and persistent myths about women’s capacities are used to restrict women to the lowest-paid jobs,” he said. 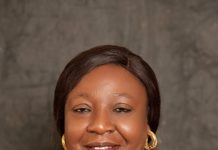