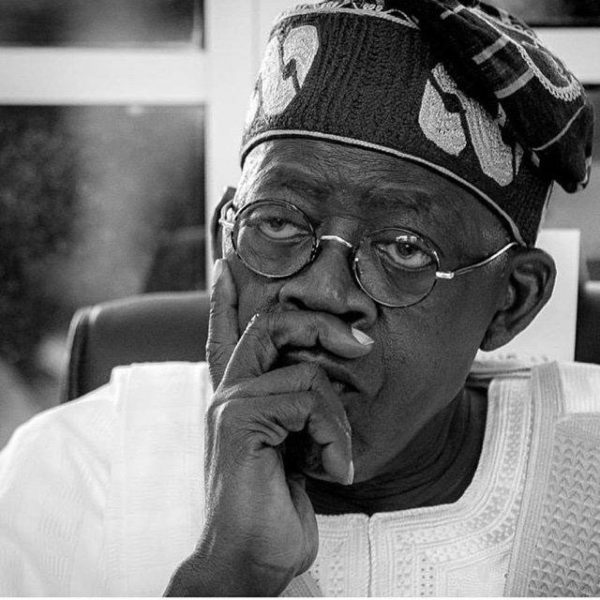 Sequel the halt of tenure elongation of the All Progressives Congress party executive at the national level, the Lagos State stakeholders also dashed the hope of the incumbent executives at the ward, local government and state level, charging them to allow the young ones grow politically.

This stance of the party was communicated by the APC National Leader, Asiwaju Bola Ahmed Tinubu, having conferred with the Governor Advisory Council and stakeholders in the party. He specifically maintained that those serving for the second, third and fourth term can no longer aspire as they clearly hamper the chances of vibrant, young and
innovative ones in the party yearning for the active participation.

Tinubu appraised the newly inaugurated congress committee members headed by the Governor Badaru of Jigawa state describing him as a very reliable character.

“We keep the government here, now is another congress, all of you particularly Alimosho, I want to see the leadership of Alimosho, the two of them writing open letters, I read all your letters, I want to see all of you leaders with copies of the open letters you have written, bring it to Ajomale, he would give them to me and I will give you a date to come back and we would talk. The women here please don’t be annoyed is a fight between rivals it is hard to fight.

He however upbraided the Surulere party members for losing out some slot to the PDP urging them to work hard and reclaim the lost grounds.

“Why did you allow PDP win in your area, what is the traitor doing in your area? You allow the rat called PDP to enter your house, we are talking about the congress not yet talking about candidature now, those doing that are putting cart before the horse they don’t know
anything, they are mischief makers, we have not yet talk about primaries you are talking about candidate that is why you are always cheated, when you are not fighting wisely like we do and always winning, had it been a noisy strategy like yours one would have just been a perpetual loser.

Tinubu also forced down the throats of some party executives a bitter pill citing the reason why their political time may have come to an end. Giving the verdict on the party exco arrangement, signaling a red card to the second, third and fourth timers, he harped on the need for injection of new bloods in the polity.

“We are All Progressive Congress abi? APC,it is the turn of the C-Congress, we have called of all of you here and we are now left with the congress, from the ward congress, local government congress and the delegates and we have been observing it,this is the fourth year that we have merged parties together to form APC, we went to fight for
congress in Abuja,we fought for it,we got it”. “We commend the national leadership in Abuja to do a good job, now to all of you in Lagos,I want to appeal to you, I have been seeing a lot of things Asiwaju belt,Ambode tops, caps and all sort, now those who
want progress must want it for a reason right?

“We all want progress but there are some in the party who have spent third term at the ward and local government level, they have even spent four terms at the state level, we thank them there are some others that they have been backing who would also like to walk.

“That is how it would be done, once you have spent eight,ten,twelve years at the ward,LGA and the state then you have tried, we thank you.

They should just give breathing space we are begging them, for several time we have never lost an election during their tenure, they’ve all worked and gave us victory, give them a big round of applause, bu they should give us space for new players to come on board, new ideas, new breed, new development, new opportunity.

“Those who have spent only one term, the leadership would want to decide that with you, one good term deserves another, so that one is a matter for the local government to decide.

He also charges all stakeholders to conduct peaceful congress,as anywhere violence is recorded as a result of the congress stands nullified.

The State Chairman Otunba Henry Ajomale while fielding questions from newsmen, corroborated Asiwaju’s take of the need inject new bloods into the executives from all levels.

“The young ones should be given opportunity to serve, those who have served in time past have age telling on them, so the youth should come on board so that they can fast track the evolution of this party.

“Having won all that is necessary to win, I have also trained many who can step into my shoes, so I have to leave this stage for a higher ground, I was part of the decision.

“There is nothing you can do to avoid problem, but the one we had are in scattered places not the entire structure of the party, in some local governments we had some problems and have appointed reconciliators, the issues should not be allowed to fester as this may
affect our party’s chances prior the primaries and election. It is a usual thing within a political party.