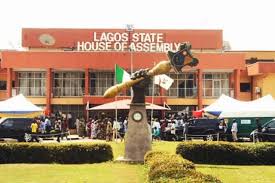 The Lagos State House of Assembly has ratified 2016 Budget proposal of N662,588 Billion laid before the legislature by Governor Akinwunmi Ambode on Thursday 17th December, 2015.

The House unanimously approved the budget after members deliberated on the report of House Committee on Budget which scrutinized the Bill as proposed by the Governor.

The report was presented by Chairman of the House Committee on Budget, Hon. Rotimi Olowo on behalf of members of the Committee.

Speaker of the House, Rt. Hon. Mudashiru Obasa, in response, commended members of the Committee for expeditiously working on the budget to ensure its passage before the new fiscal year.

Obasa recalled that members of the Committee worked even on holidays, adding that they had indeed shown their love for the people of the State.

It will be recalled that the Speaker of the House, Rt. Hon. Mudashiru Obasa subsequently committed the budget  into the House Committee on Budget and Economic Planning, which is chaired by Hon. Rotimi Olowo with a directive that the report should be submitted to the House on Thursday 31st December.

Presenting the report of the Budget and Economic Planning Committee to the House on Thursday 31st, December, 2015, Hon. Rotimi Olowo thanked the Speaker of the House, members of the committee, other lawmakers as well support staff of the House, who he said worked tirelessly to ensure that the process of scrutinising the budget was accelerated.

Also speaking, Speaker Obasa thanked all the members of the Budget and Economic Planning Committee for their efforts, while also thanking other lawmakers and the staff of the Assembly.

Meanwhile, the House has passed into law a Bill for a law to amend the Lagos State University (LASU) Law 2004.

Part of the amendment of the law is the recommendation of a 5-year tenure for the Vice Chancellor and other principal officers of the school such as the Deputy Vice-Chancellors, Registrar, Bursar and the Librarian.

The House also passed into law a Bill for a law to provide for the Establishment of the Lagos State Employment Trust Fund and for An Agency to Manage the Fund and for Other Connected Purposes.