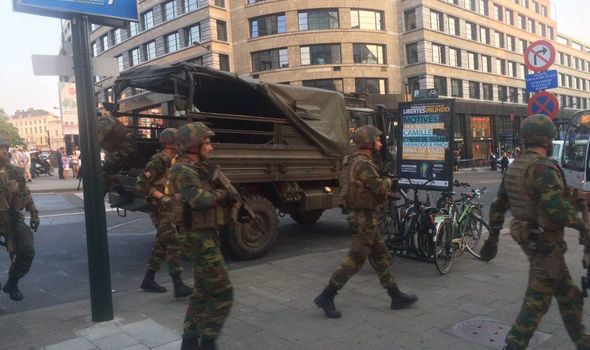 Share this on WhatsApp
Spread the love
A massive explosion on Tuesday night hit Brussels Central Train Station adjacent historic downtown area, packed with tourists and locals on a hot summer evening.
The police described the explosion as a terrorists attack saying that they have shot a man wearing suicide vest allegedly to have set up the explosion.
It was learnt that the blast took place at Brussels Central station at 9 pm local time 8 pm (GMT).
A witness told Het Laatste Nieuws tabloid newspaper that a man shouted “Allahu Akbar” in Arabic before the explosion.
Nicolas Van Herrewegen, an employee at Brussels Central station, however said that the suspect had cried “allahu akbar” and blew up a trolley.
It was gathered soldiers immediately ran toward the spot, saw wires protruding from the man’s clothes, and shot him but was not clear if the person is dead, or still alive.
The station is said to be one of the busiest in the Belgium. It was partly evacuated soon after police set up a security cordon.
Authorities said that the individual wearing an explosive belt had been ‘neutralised.’
Stationmaster Jean-Michel Michel said: “We heard the explosion. My colleague thought it was a bomb.
ALSO SEE: Borno residents decry increased suicide bomb attacks
“The explosion was on the mezzanine level. The man went down to platforms 3 and 4. He said ‘Allahu Akbar’…I would put him at about 35 years old.”
It was further gathered that Belgian troops are patrolling Brussels Central Station, a police spokesman said.
There are no other fatalities or people injured, the report added.
A police spokesman said: “There was an accident at Central Station. There was an explosion around a person. That person was neutralised by the soldiers that were on the scene. 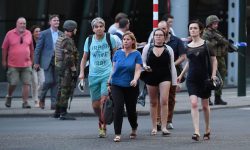 “At the moment, the police are in numbers at the station and everything is under control.”
As a precaution, the bomb squad was called in after the explosion rocked the station.
Belgian military and police are responding to the incident that rocked the station.
Share this on WhatsApp
Related Topics:Bomb blastBrussels Central Train Stationsuicide vest
Up Next

6 things to know before hiring Uber