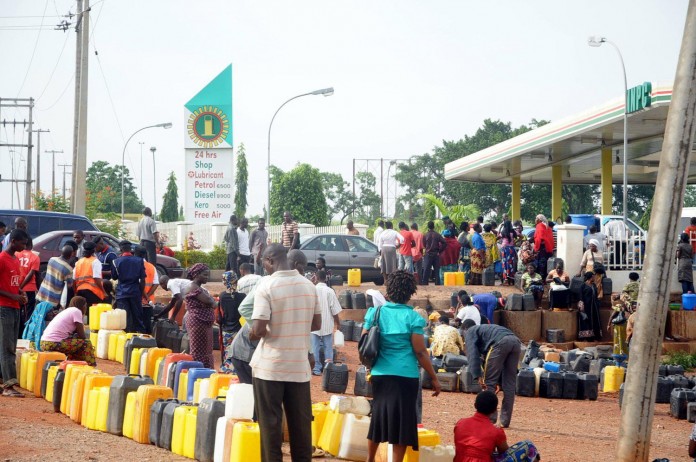 The continued scarcity of forex in the country to finance importation of PMS may likely resulted in the hike of the product’s pump price, National Daily has gathered.

With the naira exchanging for as much as N400 to a dollar at the parallel market, oil marketers said Nigerian should be prepared to pay more for the product.

A member who pleaded to remain anonymous because of the sensitive nature of the subject, said the PMS dealers hardly got forex at the rate that the government initially promised them.

He said, “It is very logical for the PMS price to rise any moment from now, for there is no way somebody can import at the rate of N400 to a dollar and you expect him to continue selling at the official ex-depot price. And mind you, the government promised to facilitate forex provision to marketers at N287 to a dollar, because you cannot buy at N400 and expect to continue selling at the prevalent rates you see at filling stations today.

The Minister of State for Petroleum Resources, Dr. Ibe Kachikwu, recently made it clear that the government had liberalised the downstream oil sector, stressing that the refined products and their prices were in the hands of private sector players.

When contacted, the spokesperson for the CBN, Mr. Isaac Okoroafor, said since the flexible foreign exchange rate regime commenced, the apex bank made it clear that all transactions would be based on the prevalent forex market rate.

“As soon as we introduced the new flexible foreign exchange market, it was made clear to everybody that all transactions must go through that market. The only concession we made was that, yes, we agreed that the IOCs will sell dollars to petrol importers, but it must be at the prevailing rate of the market on the day of the transaction,” he said.

However, the General Secretary, Nigeria Labour Congress, Peter Ozo-Eson, said the NLC had warned Nigerians during the last protest it organised against the increase in the pump price that the subsidy removal would result in an uncontrollable increase in the price of the commodity.

He stated that a look at the current prices of diesel and kerosene showed that the government was only managing the current pump price of petrol to prevent people from losing faith in the decision to remove subsidy on the product without first ensuring local refining.