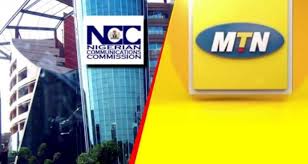 The Nigerian Communications Commission, NCC, has assured that there are plans to ensure an amicable resolution between the Central Bank of Nigeria (CBN), and telco giant, MTN Group as the two parties negotiate the $10 billion dispute.

“The Nigerian Communications Commission is doing what it can to facilitate an amicable resolution of MTN’s standoff with the tax and finance regulators,” Prof Danbatta said.

There are also reports that MTN Communications Limited, is making moves to reach out to the South African government to explore diplomatic ties, in a bid to resolve its issues with the Nigerian Government. South Africa’s Telecommunications Minister, Siyabonga Cwele told Reuters.

“If they need our assistance, then we will engage our counterpart in Nigeria,”

Cwele also disclosed that the company was currently in talks with the Nigerian Government.

MTN recently released a statement that it was seeking a lawsuit restraining the Central Bank of Nigeria (CBN) and the Attorney General of the Federation from compelling the firm to pay the sum of $10.1 billion.

This comprises $8.1 billion which the apex bank is of the opinion, was illegally repatriated out of the country, and $2 billion which the Attorney General of the Federation, Abubakar Malami has stated the company owes as back taxes.

MTN then issued a statement denying any form of illegality had taken place, as it had been cleared by the Senate. The CBN has since gone on to deduct the fines from the accounts of the banks involved.

The Attorney General of the Federation, Abubakar Malami then accused the company of owing $2 billion as back taxes, relating to the importation of equipment and payments to suppliers over the last ten years.

Despite these issues, the company has stated it will continue to operate in Nigeria for the long haul.

Nigeria first intervened in 2015 following the Nigerian Communications Commission (NCC) imposing a $5.2 billion fine on the company for the company’s failure to disconnect improperly registered sims. MTN then took the Government to court.

The fine was, however, reduced to $1 billion following the intervention of former President Jacob Zuma, and the case was withdrawn. The company has so far paid about N165 billion or 60% of the fine.

As part of the terms and conditions of the settlement, MTN was also required to list its Nigerian arm and tender an apology to the Nigerian Government. 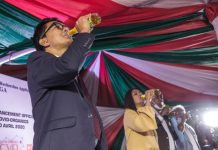