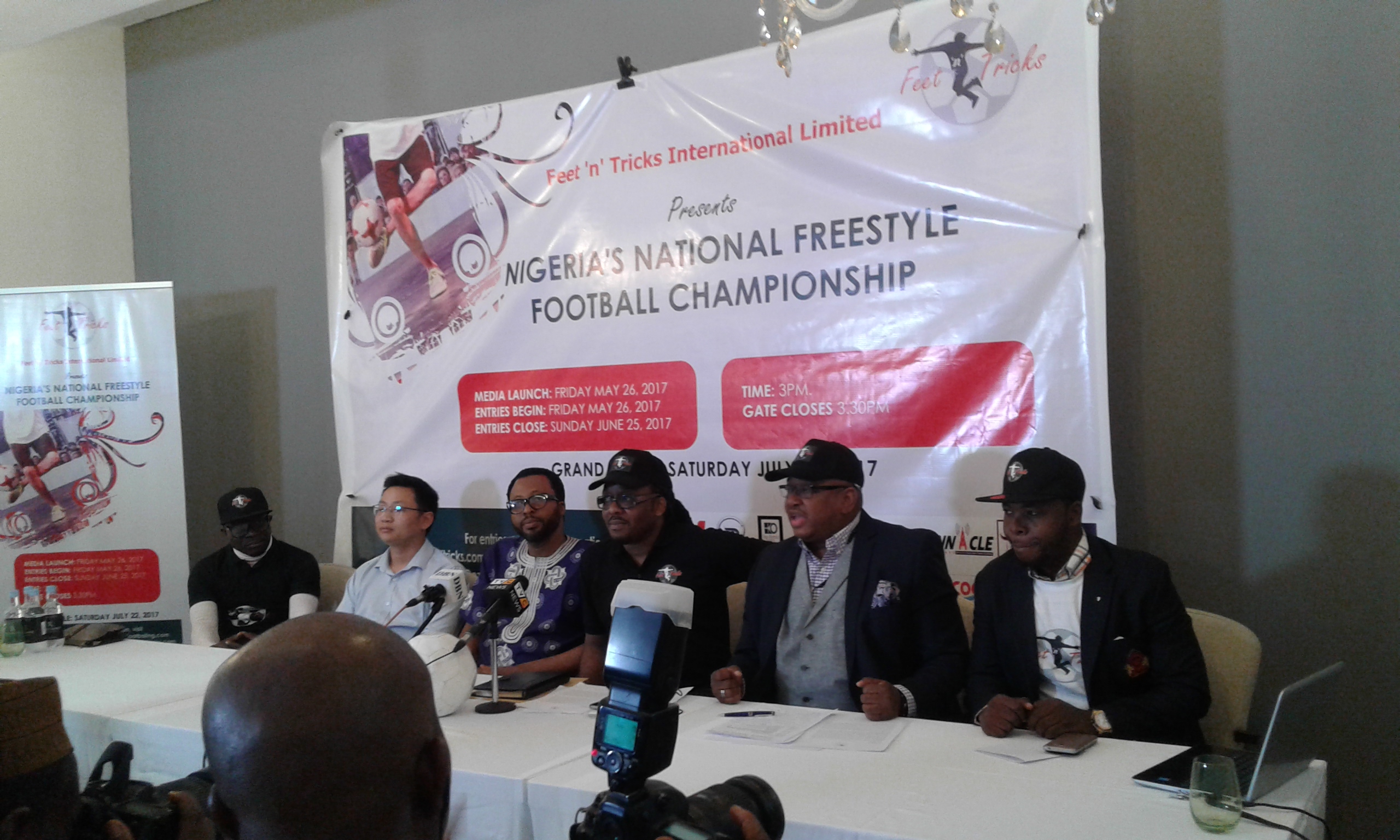 Feet ‘n’ Tricks International at the weekend announced a winning prize of N1m for the winner of the first edition of the Nigeria National Freestyle Championships scheduled for July 22, in Lagos.

The chairman of the organisation, Valentine Ozigbo, announced this during a press conference where Feet ‘n’ Tricks signed an exclusivity agreement with the World Federation of Freestyle Football to organise freestyle competitions in the country.

Ozigbo described the motive behind bringing the competition to Nigeria was to make the country the home of freestyle football in the world.

According to him, little has been done in the way of promoting, marketing or exploiting one of the most exciting aspects of the game flair which is freestyle.

“Feet ‘n’ Tricks is set to develop and nurture an art, a lifestyle, a passion for many, and also a means to a lucrative career,” Ozigbo said.

“We have so many people out there who are talented in freestyle football and have been doing it on the street for fun, but now they have the opportunity to participate in a competition where they will be rewarded financially.

“The target is to organise a world class event full of credibility and sustainable future. This year’s edition is to test run and then move to the grassroots next year before extending it to other part of West Africa.”

A board member of the organisation, Olisa Adibua, revealed that the winner of the first edition will represent the country at the Super Ball in August in Prague.

Ex-international, Kanu Nwankwo, said: “Football starts from the street and if you cannot make it into real football, the trick is another opportunity to make it through football.”

Apart from the N1M prize money, the winner will also be going home with a new GAC Salon car worth N7M.

Freestylers are advised to log on to the organisation’s website,  www.feetandtricks.com to register and later upload their 20secs video for evaluation with the finalists expected to be picked on merit.

Share this on WhatsApp
Related Topics:Feet and Tricks InternationalNigeria National Freestyle Football Championship
Up Next