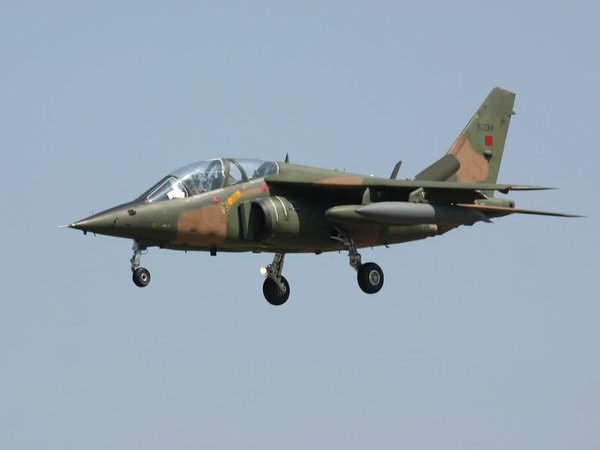 Share this on WhatsApp
Spread the love
In consonance with the order given to the military to capture Abubakar Shekau, leader of Boko Haram within 40 days, the Nigerian Air Force on Wednesday shelled the terrorist location at the Sambisa Forest.
Airforce Director of Public Relations and Information, Air Commodore, Olatokunbo Adesanya, said that the Nigerian Air Force (NAF) component of operation “LAFIA DOLE” conducted intelligence, surveillance and reconnaissance (ISR) mission over Parisu in the Sambisa general area and destroyed insurgents hideouts.
He reiterated that they will not stop attacking their suspected locations until the last terrorists is routed.
Air Cdre Adesanya further noted that  their mission was to completely defeat the insurgents.
He observed that “During the ISR mission, a large group of insurgents were seen converging under a tree close to a prominent zinc-roofed structure.
ALSO SEE: 2 soldiers killed as vehicles ran into buried Boko Haram IED
“Part of the structure was concealed by the foliage of a tree, making it a seemingly unobtrusive gathering point for the terrorists.
“A confirmatory ISR mission indicated that the structure was indeed insurgents’ hideout, housing a large number of them.
“Accordingly, the Air Component detailed four fighter jets namely: one F-7Ni and three Alpha Jet aircraft to strike the target in succession.
“The first and second strike completely destroyed the building while the third aircraft strafed some fleeing insurgents,” Adesanya added.
He further added in the statement that “Subsequent Battle Damage Assessment revealed that the insurgents hideout was completely reduced to rubble and scores were killed while some of them were seen evacuating the casualties.”
Share this on WhatsApp
Related Topics:intelligence surveillance and reconnaissance (ISR)Nigerian Air Force (NAF)Operation Lafia Dole
Up Next