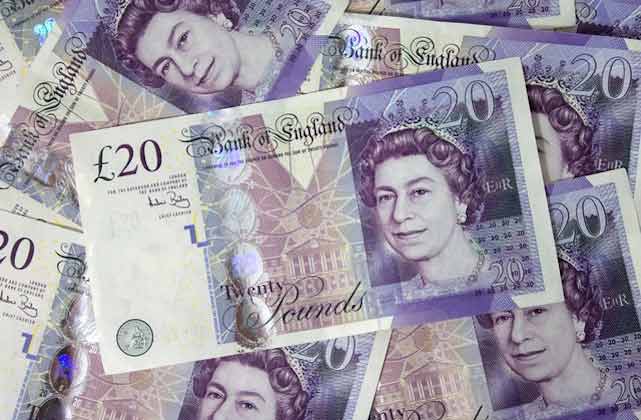 The Nigerian Naira, on Wednesday, September 27, appreciated against the United States of America Dollar at the parallel segment of the Nigerian Foreign Exchange Market.

This jump in the value of the naira comes after the Central Bank of Nigeria, CBN, on Monday, September 25, offered a 195 million dollars in three segments of the Forex market to boost liquidity.

He said that the apex bank also intervened in the Small and Medium Enterprises (SMEs) and invisible segments, with 50 million dollars and 45 million dollars.

Okorafor reiterated that the Bank’s intervention was to maintain its commitment to sustain liquidity in the market to meet genuine requests as well as deepen flexibility in the foreign exchange market.

Meanwhile the British Pound Sterling surged to a 10-week high against the euro on Wednesday, September 27, driven by data showing British retail sales growth hit a two-year high during the first part of this month, which bolstered bets on a Bank of England rate hike in November.

The pound edged up from a two-week low against the dollar which was stronger across the board after the U.S. Federal Reserve Chair Janet Yellen said the previous day that the central bank should continue gradual rate hikes and that it would be “imprudent” to wait until consumer price growth had reached the bank’s target of 2 percent.

The dollar hit its highest in five weeks against a basket of currencies. The pound fell as much as 0.7 percent to $1.3364 in early London trade, its weakest since Aug. 14.

Sterling had rallied almost 6 percent against the dollar earlier this month to a 15-month high above $1.3650, on rising expectations the Bank of England will raise interest rates in November. But it has come under pressure this week as predictions of a U.S. hike have prompted investors to cut short dollar bets.

Uncertainty over the direction of Brexit negotiations – which recommenced this week in Brussels – also continues to weigh on the pound, which has fallen more than 10 percent against the dollar since before Britain’s June 2016 referendum on European Union membership.

Many market watchers remain skeptical about the British economy’s ability to stomach an interest rate increase, and traders say hawkish rhetoric from policymakers will have to be matched by underlying improvement in data to radically change expectations.