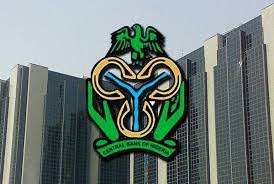 The much enjoyed foreign exchange stability, may remain for the foreseeable future as Nigeria’s foreign reserves have hit a year high of $36.8 billion according to the data from the Central Bank of Nigeria (CBN) website.

The country opened the year with reserves of $26 billion.

National Daily gathered that Crude oil prices rise, vis a vis production volumes could be responsible for the rise in the foreign reserves. Crude oil prices which were as low as $40 a barrel in 2016 are currently trading at $62 a barrel.

Nigeria’s foreign reserves are majorly generated from her earnings on crude oil. Nigeria sells dollars to the CBN in exchange for Naira. The apex bank then uses the dollars in its possession to meet the country’s import needs.

Foreign reserves are used to pay for goods and services imported. The number of months a nation’s foreign reserves can pay for imports, is called import cover. This also serves as a major macroeconomic variable used to measure the health of a nation’s economy. Nigeria’s import cover is currently about 9.3 months.

Nigerians have a large appetite for imported goods. The country’s industrial sector is also dependent on imported raw materials and semi-finished goods. Virtually every sector of the Nigerian economy relies on a foreign component of some sort, the most common being petrol and diesel which are imported.

The quantum of foreign reserves also enables the country to maintain her exchange rate within a specified band. Were the reserves or foreign exchange earnings to drop sharply, the country would be left with no choice but to devalue as was witnessed in 2016 and the first half of 2017.

While the reserves have since bounced back, they are largely dependent on crude oil prices and production volumes. Though crude oil prices have remained relatively stable, some militants in the oil producing Niger Delta have called off a ceasefire. As the 2019 elections draw near, the militants will most likely increase the pressure.

Share this on WhatsApp
Related Topics:Central Bank of Nigeria (CBN)Foreign Reserves
Up Next