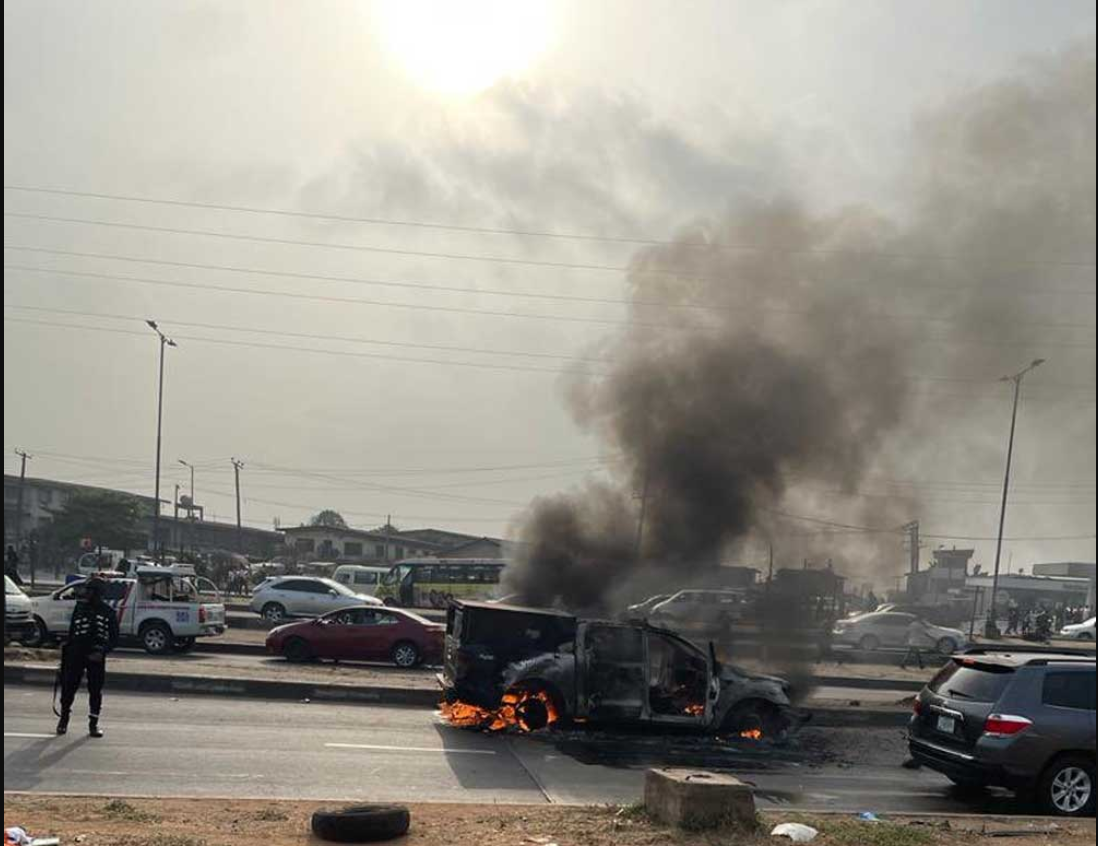 Security operatives have been able to restore calm in the Ojota area of Lagos on Monday.

Unrest had been reported at the location, where some Yoruba Nation agitators had gathered for a mega rally.

It was observed that normalcy had been restored with traders and motorists going about their business.

Armed policemen and vehicles were also observed close to the Gani Fawehinmi Park at Ojota.

Police on Monday fired teargas canisters to disperse members of the Yoruba nation movement who gathered in the Ojota area of Lagos for a rally.

It was gathered that the Yoruba nation agitators gathered around the Gani Fawehinmi freedom park, at the Ojota axis for a “mega rally” to demand what they described as a separate nation for the Yoruba people of Nigeria.

Banji Akintoye, one of the leaders of Ilana Omo Oodua, who spoke after the incident, alleged that the officers of the Lagos police command killed two agitators during the “peaceful” rally.

“I’m speaking up for the Yoruba nation, especially for young Yoruba people who had gathered in the city of Lagos, this morning, in order to carry out a peaceful rally in support of self-determination for their Yoruba nation,” Akintoye said.

“Their purposes are very clear – self-determination. Their methods have always been clear – peaceful rally, no weapon, no violence of any kind. Those were the conditions that the young men gathered today.

“Before they arrived at the scene where they wanted to carry out the rally, the Nigerian police approached them and started shooting. Already, we learnt that two young men have been killed as a result of the police fire.”

However, Benjamin Hundeyin, spokesperson of the Lagos police command, said the police did not kill anyone during the rally while accusing the agitators of attacking the police during the “unlawful” gathering.

Hundeyin said someone died during the incident while claiming that police did not have a hand in the death.