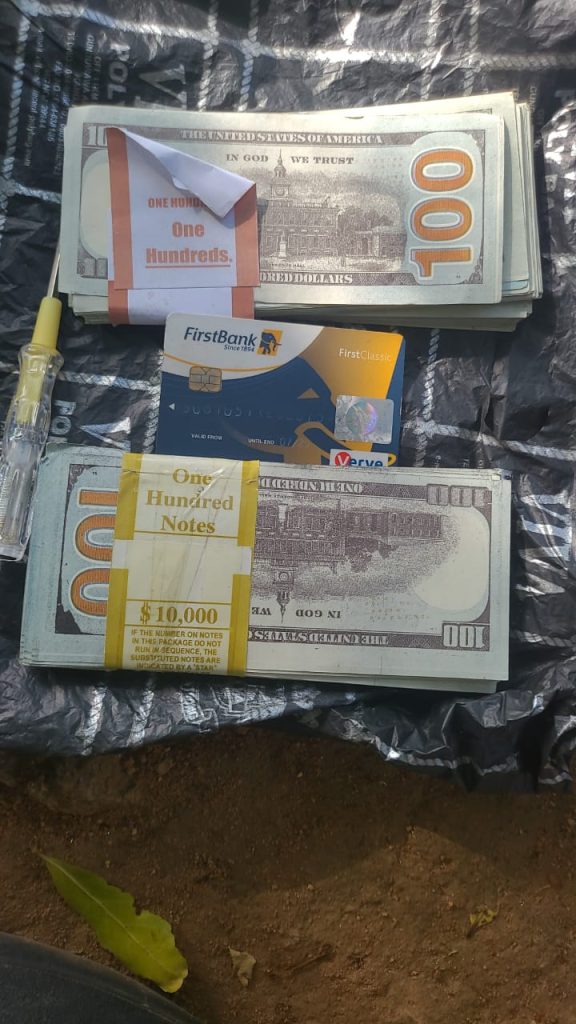 According to a report by NSCDC Director Public Relations (DPR), Mr Olusola Odumosu, on Monday in Abuja, the arrest was made by the Commandant General’s Special Intelligence Squad (CG’s SIS).

Odumosu said that the arrest was made after a credible intelligence gathering on the operations of the illegal bureau de change operators.

He identified the suspects as Ya’u Muhammed 65 years, and Lamido Usman 29 years.

“Two members of the syndicate arrested were found in possession of a total of 15,400 fake U.S. Dollars.

“Other items recovered from the suspects include: one First Bank ATM card, one screw driver and an original $100 dollar note,” he said.

The DPR said intelligence reports showed that the syndicate had operated for 10 years under a bridge beside Heart Plaza in Mararaba area of Karu, before the arrest by operatives of the NSCDC.

“The report also revealed that many Nigerians had been swindled and defrauded of millions of Naira under the guise of black market operations.

“In exchanging Naira to U.S. Dollars, they have issued fake dollar notes to unsuspecting victims,” he said.

He however, said that the two syndicate members were arrested after falling victim to a fake transaction, strategically carried out by the operatives.

“The suspects were smoked out of their hideout, and subsequently arrested using the sum of N250,000 to disguise, in exchange for U.S. dollars,” Odumosu said.

He said the suspects were currently undergoing preliminary investigation, after which they would be handed over, together with the exhibits, to NSCDC Nasarawa State Command, for further action.

Share this on WhatsApp
Related Topics:$15400 fake notesarrestsfake dollarsNSCDCrecoverssyndicate
Up Next