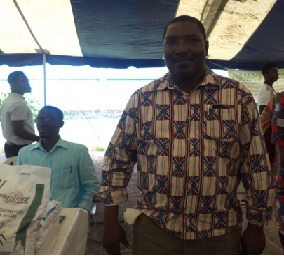 By Frank Oyakhilome.
Dr RotimiFashola, a rice consultant currently with the Eko Rice in exclusive interview with National Daily Newspaper says “ for Local Rice production and processing to bridge the gap we require a consistent policy of government for at least 5 years” , adding that because production requires large investment in land development accompanied with irrigation network on many Rice farm.
Fashola who says that the lifting of the ban on land border had already generated a lot of controversy and the Senate had called the CG to explain, reiterated that thegovernment need to maintain the restriction in the rice industry for a while to help develop our local production and processing.
He says he is happy that the Vice President said during the Economic Summit that Rice importation will be ban in two 2 years, adding that he read that to mean that the current restriction and policy of government through the CBN is staying.
However, the rice consultant says “as good as the intention of the CG of Custom is, to generate income and boost revenue for the custom; care has to be taking”, affirming that hitherto custom were collecting money from smugglers and no money was going to the government that is what the CG wants to correct.
Fashola who further explains that as much as the routes are define properly, asked how are we going to block ALL the illegal routes that are so many and where are they going to source the foreign exchange for such purchase?
He advised the Nigeria Custom Service and the government to answer the many questions before such policy can be effective.