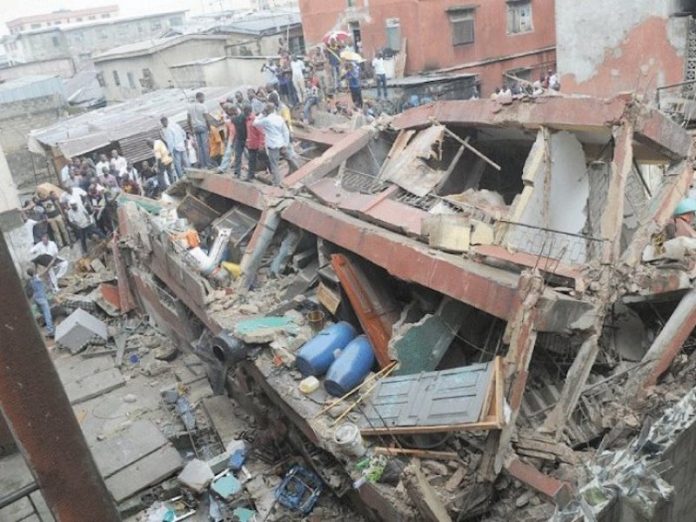 A body has been recovered from the rubble of a 2-storey building that collapsed on Freeman road in Lagos Island while many are still believed to be trapped under the rubble.

In a statement issued on the incident, Olufemi Oke-Osanyintolu, permanent secretary, LASEMA, said the building which is located at 4, Alayaki lane, Lagos Island, had been sealed over safety precautions.

“The Agency responded to the above incident which was already in violation of building safety protocols,” the statement reads.

“It was discovered that the building had been captured by the LASBCA District Office and served with all Statutory Notices, sealed at District and Central Enforcement Level.

READ ALSO: Ebute Meta: Caretaker explains why he moved out, and tenants stayed back before building collapsed

“Further investigation determined that the developer had continued clandestine operations mostly at night and at the weekends.

“An unconfirmed number of people are still trapped inside the building. Two people have been rescued alive while another was recovered dead. Search and rescue operations are ongoing.

Meanwhile, the Saturday incident is the third building collapse recorded in May in the state.

On May 7, a two-storey building collapsed at Ago Palace way.

Days before that incident, more than 20 persons were confirmed dead after a three-storey building collapsed in Ebute Metta area of Lagos state.

Meanwhile, on May 11, the state government had ordered the immediate stoppage of approval for structures above three floors in the Ebute Metta East and west axis of the state.