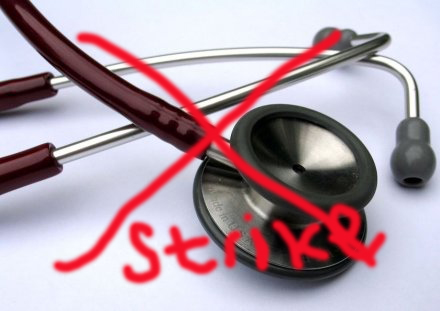 Dr Muhammad Askira, president of the body of resident doctors made this known to journalists on Tuesday, June 7.

The president of NARD stated that the decision to embark on a nationwide strike, was taken at the ordinary general meeting of the national executive council of the association, which was held between May 30 and June 5, at Jos, the capital of Plateau state, North-central Nigeria.

The president of the association said: “Sixteen out of 58 federal tertiary institutions or centres were exempted from the initial centre based strike for the commitment of the chief medical director of the hospitals to implement the federal government’s directives.

“If by midnight on Sunday, June 19, our demands are not met, all the members of the association, including those exempted, would join the indefinite nationwide strike.”

According to The Cable, Dr Askira said the association sees it as very important to take “the painful decision” due to the failure of the federal government to grant their request. He added: “Due to the failure of the government to address the demands of NARD, it has declared a total and indefinite strike. “NARD has to take this painful decision in order to highlight the plight of our hardworking members who have had to endure a long period of deprivation and disenfranchisement.”

It was a shameful thing to know, regarding refusal to pay workers’ salary by the government, as a teacher who works at Ekiti Baptist High School, stole a pot of amala from her neighbour’s kitchen due to unpaid salary.