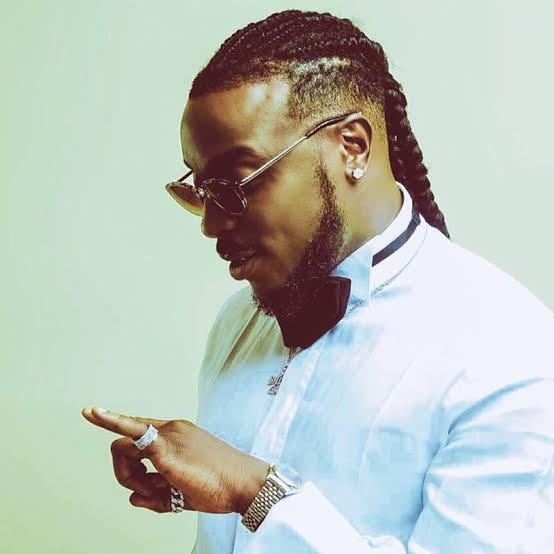 After some angry tweets from Twitter users against Peruzzi for assault melted on a social media influencer – Pamilerin Adegoke. Singer, Davido and his record label artiste, Peruzzi have apologised to the Twitter influencer.

Davido apologises via his twitter handle, “I apologize to you @thepamilerin on behalf of my brother and artist @Peruzzi_VIBES. He was wrong for putting his hands on you but people need to realize that we artists are human beings and we see everything! You said some harsh words to my brother and sometimes this thing dey pain!”

Peruzzi wrote, “I did very wrong for (sic) yesterday slapping Mr. Pamilerin. (I) let my feelings get the (better) of me and I’m very sorry. Apologies to Mr Pamilerin and also to the general public. I’d never get into such mess again. Love only, I promise”
Reports had it that the singer ordered his bodyguards to slap the influencer over some old tweets of his criticising the singer.
In a post by an eyewitness, @Vinavina01, Peruzzi allegedly ordered the attack because of Pamilerin’s tweets from January which insinuated that Teni the entertainer was a better artist than him.

@VinaVina01 wrote, “But I was disappointed today at the callousness of man. This dude @peruzzivibes got his bouncers to hold down @thepamilerin while he dished out the worst slap ever.
“We got to find out later it was over a post he made in January,” it read.

In the referred tweet from January, @thepamilerin wrote, “Peruzzi trying to compare himself to Teni. Uncle, calm down…wait till Teni wins next rated at the Headies.”

Pamilerin confirmed the attack on Monday by sharing a picture of his red-eye and marks on his face in a series of tweets.

He also tweeted, “The worst happened to me today, but they will be hearing from me shortly and surely. Let’s keep up the energy! #TheresStillFreedomOfExpression #DontForget!”
Apparently, Ediale Kingsley had also made an open letter to the musician in January. And also sent another open letter to chastise the singer. Here are the two letters:

I wish I could deny how talented you are just to be able to create several savage punchlines. But naah. You good. We know you.

…you are not on the same level with Teni.

I really hope you can understand this. I know it’s painful working hard and expecting to get the SoundCity New Acts awards, only for that drum-size ass Miss Apata to push you aside with her hip, for the grab.

But you see that Teni girl is a special package. She’s won this award, even the coming Headies Next Rated award and any other award that will be on any showglass this period for the next big thing category.

She’s single handedly dropped hit after hit that people can sing along and dance to. Even her blood sister, Niniola, who started the fame race ahead – so much so I once called her the lady version of Wizkid – is scared and no where near Teni.

Thank God you deleted that tweet you made of your ill-feeling about Teni picking the awards. For that I owe you. I owe you a very chilled bottle of Fanta (Hey, you drink wine and beer everyday, when was the last time you had a simple sugar drink?).

…but you gat a Davido, the musical god of Naira. And I am not a DJ Khaleed.

That’s the only thing that can stop that special talent called Teni o. If I were you rather than cry on Twitter, I will go to Teni and buy her more food just to congratulate her.

Trust me, she will eat anything you give her. Just make it a routine giving, say every Fridays, until she becomes too big to leave her chair for the studio.

I know…I know, it’s unfair, ‘you just released an EP…blah blah blah’, but trust me the people don’t have it in their veins yet like they have these Teni songs.

Chairman Davido knows what it means to make songs for the veins of the people, ask him, he will tell you.

Until then, just keep checking your mail box, I won’t stop inking.

So you slapped a social critic because of what he said far back in January about Teni actually being better than you and deserving of that New Act Sound City Award?

Guy a matter of January? Just when InstaLetters just got founded? You slapped this dude for 20mins. While your bodyguards held his hands. You ended up justifying what he said about you then. That unlike Teni, you can’t ‘blow’ on your own without collabo.

ALSO READ: Dear Omoni: I put myself in your husband’s shoes

Without those bodyguards you still couldn’t make the ‘hits’.

Sister is still fatter and better than you. I also said some things about the matter then in January o. When should I expect my slaps? How many people will you have to slap? Because everybody believes you are still in the shadows of Teni.

You slapped a guy until his eyes went black. When the police get your ass locked up now. You will be gentle.

And y’all are saying end sars. When terrible individuals like you are still in town. May Sars never end. Sars is here to stay until bad eggs like you grow sense.

At least there’s one thing you can now do better than Teni — bully.

Well, considering that your guards assisted we still can’t give you the Bully Award. Or were you trying to copy Teni’s Case video?

And now that you have slapped the slap, how do you feel? Great? You are now a man? Now better?

PS: May anyone planning to slap me start having leprosy.

PS2: Pamilerin Adegoke sorry. Take panadol, thanks for taking the slaps for us.

Apology or not, I will drag Peruzzi to court — Pamilerin