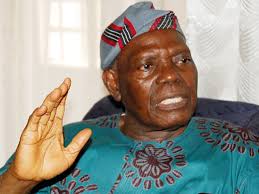 Chief Bisi Akande is a former governor of Osun State from 1999 – 2003, a member of the Alliance for Democracy; AD Party, and was the first interim Chairman of the All Progressives Congress, APC. He bears his mind on the personality of President Muhammadu Buhari in this interview.

How is your relationship with President Muhammadu Buhari?

Any time I indicate willingness to see President Buhari, he grants me the indulgence to meet with him within twenty four hours. And on each occasion, for not less than one hour, sometimes two hours, he relaxes me to talk critically and freely, and to joke, laugh and, sometimes, share lunch or dinner with him as a leader and as a friend.

Therefore, it will be absurd of me and utterly contrary to reason for me to discuss with the press most of the things he told me – particularly about government’s plans in the incubation. It is also unethical for me, in the circumstances, to pontificate in the public about my criticism of his government’s policy which I have expressed to him privately. That has been why it appears I have not been talking to powers in his time.

How would you describe the state of the nation under Buhari and activities of the Fulani cattle Herdsmen?
Buhari and the APC are ruling Nigeria when the state of the nation is in serious and aggravated overdraft.
Buhari’s government inherited bandit killings, mischievously called killing by Fulani cattle herders because Buhari is a Fulani, from the previous governments. I remember that Chief Falae was kidnapped from his farm for ransom during Jonathan’s government. That was when we started knowing of the bandits in my own part of Nigeria.

The bandits had been rampaging in the North – up to Kenya in the other parts of Africa in the past fifteen years. They have been rustling cows all over northwest and north central – even in the open markets of northeastern districts side by side with the Boko Haram many years before APC and Buhari came to power.

Banditry and killings by people from the Sahara region began with the collapse of Sudan. It became intensified with the failed governments in Mali, Burkina-Faso, Liberia, Sierra Leone and others around Nigeria. When Libya, where most citizens were trained soldiers carrying arms collapsed, the situation becomes almost totally uncontrollable in the southern part of the Sahara including Nigeria.

All these happened before Buhari’s government. Considering the ECOWAS that permits movements across the borders, Buhari tried better than his predecessors in rallying the neighboring countries to action against banditry and killings.

I remember General Danjuma telling us that the military are culpable in the killings. Things began to become noisier and loudly acrimonious when Buhari began the offensive against corruption.

Most corrupt politicians, traditional rulers, lawyers, judiciary, legislators, journalists, even APC Ministers, retired Armies and others have to join hands together under the canopy of PDP and its splinter sibling ADC to fight back. The fighting back of corruption is now the prevalent state of the nation.

To what extent, has Buhari and APC fulfilled their campaign promises to Nigerians?

APC promises centered around (1) managing security (2) fighting corruption and (3) the rejuvenation of the economy.
The situation of serious governance overdrafts inherited by APC in an economic recession and the government’s efforts to repel corruption fight-back have seriously menaced Buhari’s seal for good governance.

If Nigeria is unfortunate to see Buhari replaced so soon, Nigerian government too will fail under the heavy burden of corruption. And we all would be thrown into rudderless and chaos whereby our youths too will become killing bandits to the rest of Africa.
I don’t want to be forgotten for having told the truth whatever happens henceforth.

Share this on WhatsApp
Related Topics:Chief Bisi Akande
Up Next

Fayose planning to cause disharmony in APC – Fayemi