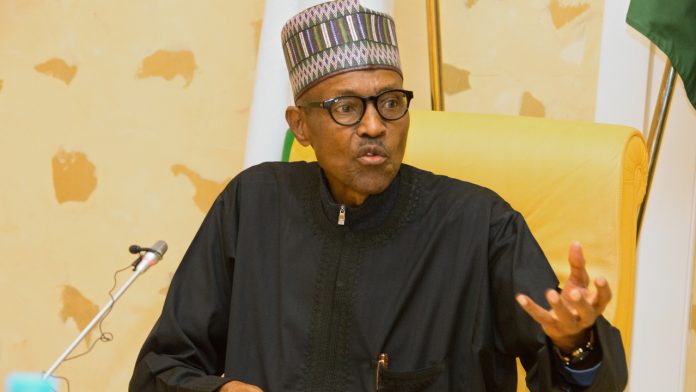 The biggest lie Nigerians have been fed with is that the Muhammadu Buhari led government is waging war on terror. Nothing could be farther from the truth. In fact, as counter-intuitive as it may sound, there is a sense in which it can be argued, and logically so, that the Buhari government is seemingly encouraging terror on innocent citizen. Even its phantom claim of technical victory over Boko Haram has since been exposed as a mirage with the recent invasion of military facilities in Yobe state just few days after another military facility in Borno was ambushed with heavy casulties reportedly sustained by the Nigerian troops.

More than anything else, the President’s failure in putting an end to the daily blood festival being conducted by the Fulani militia across the country exposes his so called achievement on security as a crude lie. His handling of the killings portrays him as hopelessly inept at best and criminally complicit at worst.

The feeling that the President has not done much to end the killings is one that is shared by not just Nigerians but foreigners alike.

In his contribution to a debate on the Nigerian Fulani herdsmen invasion at the UK House of Lords on the 28 June 2018, Denis Tunnicliffe observed:

“Despite the herder militia taking more lives during 2015, 2016 and 2017 than Boko Haram, President Buhari, who belongs to the same ethnic group, has been accused of turning a blind eye.”

But even more shameful is the attempt by the Presidency to twist the narrative by describing these senseless killings as “Farmers-Herders clashes”.

The babies slaughtered in Benue, Taraba etc, were they farmers?

The two Priests killed right there in a Catholic Church in Benue State not too long ago, were they farmers?

Regardless of our political, religious and ethnic affiliations, one fact too glaring for even the blind is that the Muhammadu Buhari Presidency has woefully failed in the basic principle upon which government rest: Protection of lives and property. Any government that cannot protect the lives of her citizens is a failed government. There is really no euphemistic way of putting this.

How can it be that a terror group, the Fulani militia, with a face, a name, a locatable address and even identifiable spokespersons could have unbridled access to the government monopoly of violence?

This government is making us think it has defeated Boko Haram while in the other hand, it is openly enabling another very powerful senior Boko Haram known as the Fulani herdsmen and even protecting them with a special military taskforce.

The Buhari government must sit up and stop playing Russian roulette with the lives of Nigerians.

Any government that is incapable of protecting its people from a group of killers with known address and identity has no business staying a day longer in office. It becomes even worse when there are circumst

antial evidence pointing to the fact that the government is not just helpless in tackling this terrorist group but criminally complicit in the killing of the same people it is meant to protect.

President Buhari must stop living in illusion and come to terms with the fact that his Presidency has proven to be the worst since 1999. Even its much touted war against corruption has since unraveled as nothing more than “war against political opponents” with the recent Supreme Court dismissal of the case against the Senate President, Dr Bukola Saraki.

People close to the President must remind him that government is for the living, not the dead. If nothing is done like right now to curb this ethnic cleansing, the Buhari Presidency will go down in history as the government under which Nigerians conducted more mass burials than wedding ceremonies. To his eternal shame!

Ogbu, a journalist wrote in from Lagos.