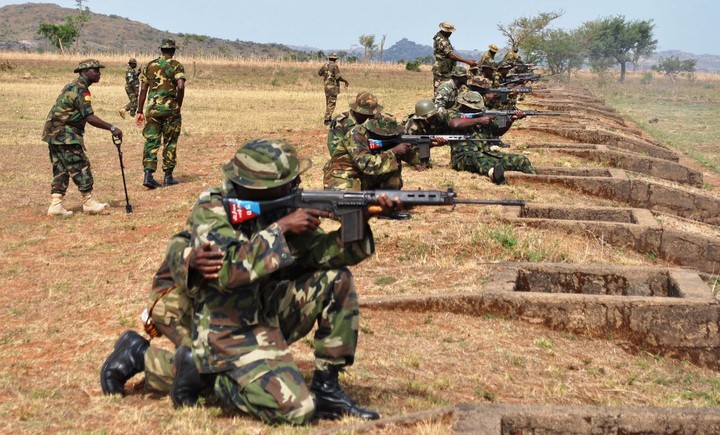 Seven years of Nigeria’s engagement with haunting and revolving internal security crises speak of her most turbulent history since independence. Whether it is the violence of terrorists in Northeast; pulling of the strings by armed bandits and cattle rustlers or stretching further to militants in the Niger Delta and the Southeastern, somewhat, thoughtless agitations for secession have for the same number of years weighed so much on the country’s internal security coherence.

It has cost Nigeria huge waste of both human and material resources, but most importantly, the loss of its finest military personnel in unnecessary combat escapades for internal national security. No one can doubt that the Nigerian military’s main constitutionally defined duty is to protect the nation against external aggression.

Internal aggression is basically the duty of other arms of security agencies, such as the Police, and its latter-day sister, Civil Defence. But when breach of internal security gets worse and beyond the capacity of these civil security agencies, the military, especially soldiers are drafted into it in complementary status.

Lawfully, the 1999 Constitution of Nigeria drums it in section 217, where it clearly outlines the duties of the various arms of the military, like the Army, Navy and Air force. It goes further to assert that Nigeria’s territorial integrity and her borders, whether on land; in the sea or air, must be protected. Quelling internal insurrection by the military is secondary and it publicizes the additional duty of the military.

Bargaining it the more, Nigerians who have taken to the profession of the armed forces are loved by their country, much as their beloved families. They have graciously chosen to sacrifice their lives to secure Nigeria and her peoples.  They are the rare warriors of the nation, which some communities lack. They are deprived of every comfort to keep Nigeria secured.

Nigeria’s map today has been re-drawn with massive internal violence. The country has become a replica of a state or nation under siege by its own deviants. The level of sophisticated weapons and ammunitions at the disposal of these agents of destabilization against the state baffles even the devil who might, perhaps, be tempted to rebel against his kingdom. They often overwhelm civil security apparatus, each time they strike, compelling presidential orders for the involvement of the military.

Most times, such presidential orders are directed at the Nigerian Army. This is not to say, other segments of the armed forces are not important or do not perform similar or vital functions on security in the country.

But by the nature of soldiers, they are more inclined to assist weakened or overwhelmed civilly-friendly security apparatus in the country. Soldiers operate on ground, but in contrast, the Navy does it in the water and the Airforce, in the air.  Soldiers are nearer the police in such dire stress of national security dilemma.

The argument has been that among armed security forces in Nigeria (and including the Police), the army is the most vulnerable camp of the fraternity. Arguably too, the army parades more number of personnel than the rest other arms of the military.

In Internal Security Operations (ISOPs) Nigerian soldiers suffer more casualties than any other compartment of the armed forces. Those who are abreast with news would easily testify that whether in the Northeast or the South-South or anywhere, the arm of the Nigerian military which suffer more casualties as always confirmed by the mass media is the Nigerian army.   Screaming news headlines such as “ Boko Haram insurgents kill soldiers,” or “ Soldiers ambushed by Boko Haram” have been the frequent of the media. You hardly hear of the Airforce or the Navy.

There are dozens of soldiers, who die or get killed in the line of duty.  It’s their sworn voluntary vow to die in loyalty and defence of their country. But the frequency of the deaths of soldiers and their proneness to such preventable hazards in the course of duty has raised serious concerns about the families they leave behind and the need for compensation.

Two recent outstanding incidents can appropriately punch this plea.  Last month’s attack on soldiers or troops in Bosso LGA of Niger State and the boat incident involving some Nigerian soldiers of the “Operation Crocodile Smile, “ in Bayelsa state comes to mind.

Numbers of soldiers who have lost their lives in the Boko Haram insurgency need no mention and Nigerians are aware. When news headlines scream about deaths of military personnel, it’s all about soldiers.

The Bosso LGA, Niger state and the boat mishap incidents in Bayelsa sufficiently conveys the plight of soldiers and why they ought not only to be appreciated, but Nigerians should begin to canvass for a special compensation for their families.

The NUJ leadership in Abuja, under Comrade Waheed Odusile, penultimate week, hailed Nigerian army as the best in the world.  The commendation emanated from a clan of critical minds, (journalists) permanently insatiable, but were touched by the sacrifice Nigerian soldiers have made to rescue Nigeria from anchors of terrorism. It implies that Nigerians across board are beginning to appreciate them.

Why this appreciation is necessary and should extend beyond words of mouth could easily be pictured in the two incidents cited earlier. In the Niger state incident, soldiers or troops on “cordon and search” operation in some communities in  Bosso were ambushed on three different fronts by armed bandits and gun-runners by the same community they went to secure.

At  the end of gunfire, at least, 10 members of the troops lost their lives. But out of the number, eight soldiers, including an officer, lost their lives; however, just two airmen died in the incident, and yet another soldier could not be found immediately.

“While approaching and deploying to carry out their lawful duty, the troops came under simultaneous and sporadic shootings in all the three locations. They however responded as necessary in line with the rules of engagement,” he added.

In another incident, some Nigerian soldiers attached to ‘Operation Crocodile Smile’ in Bayelsa had a boat accident, when locals ambushed their boat on the sea. Many soldiers also lost their lives.  “It is quite a tragic incident, ” mourned Col. Sani.

Therefore, it is easy to understand that the army is the mother of other arms of the armed forces. They are on land, in water and everywhere duty beckons.

But after each death of a soldier, the family’s sorrow is exacerbated with isolation and abandonment. Outside, the late soldier’s legitimate entitlements, in some instances, very meagre,   Nigerians   abandon the family, comprising usually, a wife (s) and children, some of them very tender.

It’s improper and inhuman to continue this way. Nigeria as a country can do more to assuage the pains of families of soldiers who die on the battle front.

The Current Chief of Army Staff (COAS) Gen. Tukur Buratai has promised that every soldier who has partaken in the Northeast terrorism war is entitled to a personal house upon retirement. This and a lot more are achievable in appreciation of Nigeria’s gallant soldiers.  Nigerians should begin to think along this line of thought. Its reparation for Nigerian soldiers too much a price, the nation can pay for their sacrifice?

What Nigerians endure to keep their cancerous arm