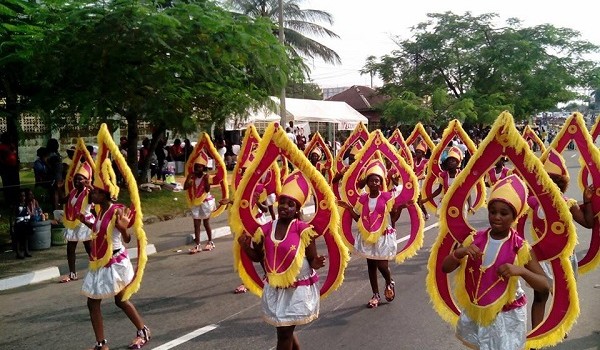 Some residents of Port Harcourt say the cancellation of the annual carnival by the Rivers Government has affected recreational and tourist activities in the state.

National Daily reports that a carnival — Carniriv — used to hold every December in Port Harcourt by the immediate past administration in the state.

The residents observe that the event, described as biggest after Carnival Calabar, was cancelled by the present administration of Gov. Nyesom Wike.

The residents, who spoke with National Daily on Monday, said that the importance of the carnival in the life of the people should have been considered before the cancellation.

They said that the carnival attracted many local and foreign tourists and investors to the city which increased economic activities.
According to them, the event, not only showcases the state and the people’s cultures to would-be investors.

A hotel owner, Mr Chris Tamuno, said that he upgraded his hotel in anticipation to accommodate many tourists that would have visited the city but was disappointed by the cancellation.

“I never had the slightest premonition that the annual event would be cancelled, especially as the state government is doing all it could to impress the people.

“Instead of outright cancellation, government ought to have reduced the budget by trimming down the size of the events,’’ he said.

Mr Nath Uwaifo, a commercial bus driver, said that with the influx of visitors in December during the period of Carniriv, his daily income always tripled, saying that the story had changed negatively this season.

He said the authorities ought to have considered the economic benefits the festival impacted on both residents and government.

“`Rather than featuring street parade and freestyle parade among others, government would have paid for only cultural and musical shows for people to have fun and relax,’’ he said.

Miss Esther Ebite, who sells recharge cards, said she had purchased enough cards in anticipation that the festival would hold.

She said that she usually made more sales as a result of high influx of people and commercial activities in the city during the festival.

Ebite, a student of the Rivers State Polytechnic, Bori, explained that she habitually used the money she made during the carnival to pay her tuition fees in the new semester but regretted that the cancellation had caused her hardship.

Dr Fyneface Briggs, a civil servant, said that government decision to cancel the festival was a right one, especially as the economy could no longer accommodate “frivolous spending.’’

According to him, such funds should be used to pay salaries and in sustainable ventures that would have direct and long term impact on the people.

Share this on WhatsApp
Related Topics:carnivalsGov. Nyesom WikePort Harcourt Carnival
Up Next

Nigeria would have collapsed, if Jonathan had won — Oshiomhole

Tambuwal promises not to sack teachers