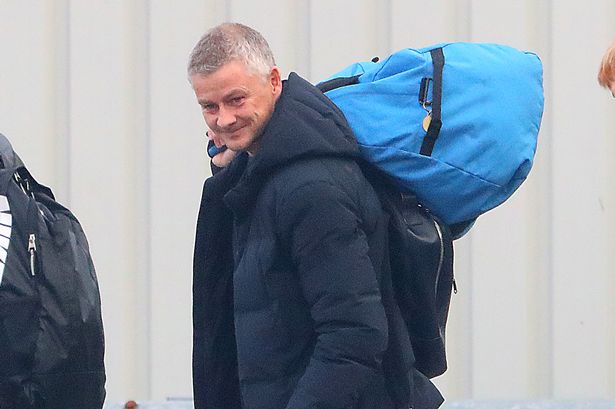 Manchester United have weirdly continued to struggle under Ole Gunnar Solskjaer this season despite spending big on transfers last summer.

In the Premier League, United were only behind Arsenal’s £156.8 with their whopping £133.7 spent last summer to finally bring their long-time target Jadon Sancho to Old Trafford from Dortmund. They were able to bring Raphael Varane from Real Madrid too while also ensuring a sensational return of the 5-time Ballon d’Or winner Cristiano Ronaldo to the Theatre of Dreams.

Sadly, with all the mega stars at United’s disposal, the Red Devils fans have left to endure some painful results especially at Old Trafford where they were just recently and convincingly beaten 5-0 and 2-0 by rivals Liverpool and Manchester City respectively.

Sequel to the poor outings by United, many have continually wondered why Solskjaer has remained as manager at Old Trafford especially as the Red Devils hierarchy have continued to back the 48-year-old Norwegian despite calls from different quarters for his replacement.

Meanwhile, report reaching National Daily can confirm that some of Solskjaer’s former team-mates who have hitherto continually supported him despite his struggles at Old Trafford are beginning to have a rethink.

Notably amongst them is the legendary former United defender Rio Ferdinand who now appears to have changed his stance regarding Solskjaer’s future this week, when he suggested that the end may have come for the Norwegian and time for ‘the baton to be handed over’ to another manager is finally now.

Ferdinand on FIVE YouTube channel explained: ‘We started this season with such hope, but also the transfer window we had, the excitement, we were all sitting there going, “You know what? This is our time now!”

‘I sit here now and I don’t think we can challenge to win this league. I look at our team every week and I’m wondering what we’re going to do tactically, I don’t see any philosophy or identity in the United way of playing, whatever that should be from the management and I sit here confused looking at the team.

‘When you look at it like that with the transfer window we had… we were all sitting here excited thinking, “Wow! This is where we’re meant to be!”

‘But Ole was brought in with the remit to get us back to a point, a moment where you think he’s brought some foundation back. At the end of the season we were thinking: “Yes, that’s it!”

‘I was always deep down a bit sceptical. Could he take us on to be champions? I wasn’t fully convinced, I hoped he would be able to do that. But what I’ve seen this season I just feel it might be the time now for the baton to be handed over to somebody else who can take us on now.

‘I think Ole can leave with his head held high because from where he came in to where he left us at the beginning of this season it’s positive.’

The 43-year-old ex-United defender further added: ‘I hate being in this position where I’m having to call out ex-team-mates or friends, people that I want to see do well.

‘But you have to be honest. You can’t sit here and say, “This player should never wear the shirt”, but then protect a manager. I don’t agree with that. You can’t have one rule for players and another for managers.

‘The football club will be living and breathing longer than any individual.’

Ikoyi: Family of Osibona’s ‘associate’ identified in rubble speaks out