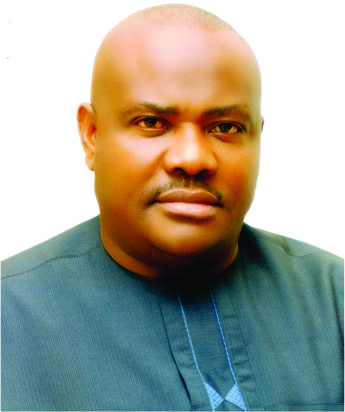 RIVERS State Government says it is working towards the full accreditation of all courses at the State college of Health Science and Technology.
Governor Nyesom Wike made the commitment while speaking at the 15th convocation ceremony of the Rivers State College of Health Science and Technology, Rumueme, Port Harcourt.
The governor, who was represented by the Secretary to the State Government, Barrister Kenneth Kobani, emphasized that his administration is fully committed to developing education as key empowerment machinery for the citizenry.
He said there is no going back to fulfilling all the promises made to the School in order to take the Institution to a greater height and commended the School Authority for their concerted efforts to bring the institution to an enviable height despite its numerous challenges.
The Governor congratulated the Deputy Governor, Dr. Mrs. Ipalibo Harry Banigo and Dr. Nnanna Onyekwere for the awards conferred on them, describing them as role models.
The State Chief Executive also urged the graduands to be good Ambassadors of the School and the State at large.
Earlier, the Rivers State Deputy Governor, Dr. Mrs. Ipalibo Harry Banigo while presenting her key note address stated that the State Government will continue to provide conducive environment for education to strive and for people of the state to explore their potentials.
The Deputy Governor who was representing by her Senior Special Assistant on Administration, Barr. Gilbert Nria said Governor Wike is bent on revolutionizing education in the State through the re-introduction of boarding system, provision of adequate educational facilities and increased budgetary allocation.
Dr. Banigo who was a one time principal of the Institution recalled that prior to the establishment of the School, State indigenes were being trained in other states of the Federation and thanked the administrators of the college for keeping the vision glowing by bringing the school to its present state.
She also noted that the New Vision Agenda of Governor Wike for the college is to upgrade the college in facilities and accreditation of courses.

Share this on WhatsApp
Related Topics:EducationHealth CollegeRiver State Govt.
Up Next