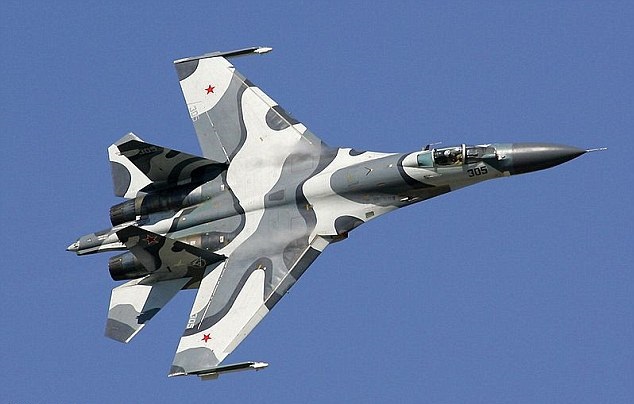 Share this on WhatsApp
Spread the love
By the late 2030s, Russian fighter jets will be have been armed with onboard laser defenses that destroy incoming fire by exploding missile tips with heat alone.
According to state news agency Itar-Tass, KRET, Russia’s state-run radio-electronic arms developer, announced it is preparing the laser capabilities.
However, the new defenses will not be ready to be mounted on Russia’s fifth generation warplanes —but are scheduled for launch on the generation after that.
The arrowhead of the Russian military’s fifth generation, the Sukhoi PAK FA T-50, is still in the works. Experts believe Russia’s sixth generation may not become a reality until 20 years after.
“We already have laser systems for airplane and helicopter defense, and now we are discussing work in the field of laser strikes, which will physically destroy the honing heads of an attacking rocket,” Vladimir Mikheev, KRET director, told Tass on Thursday.
“To put it roughly, we are going to burn out the ‘eyes’ of rockets that are ‘looking’ at us. Such systems will naturally be mounted on the sixth generation of jets.”
Newsweek wrote that the development time frame suggests that KRET’s statement about its laser project remains close to science fiction at present.
According to the magazine’s report, destroying missiles with a laser is an alternate theoretical route to firing interceptors to detonate the warhead from a distance, though its viability hinges on many factors.
“Against long-range missiles, such as an intercontinental ballistic missile, a laser would need immense heat to penetrate an exterior designed to survive atmospheric re-entry.
Against short-range missiles, the laser needs to fire very fast at high accuracy.
ALSO SEE: See who among US, Russia, China has biggest capabilities to destroy world faster
“All this is a tough task from something intended to be mounted on a light and moving fighter jet aircraft,” Michael Kofman, research scientist at CNA Corporation, tellsNewsweek.
“It’s quite hard to generate the destructive power necessary for a laser on an aircraft, where weight is a premium, and somewhat unlikely that it would work given the small amount of time available to intercept the missile,” Kofman was quoted as saying.
Share this on WhatsApp
Related Topics:fighter jetsrocketRussiaVladimir Mikheev
Up Next