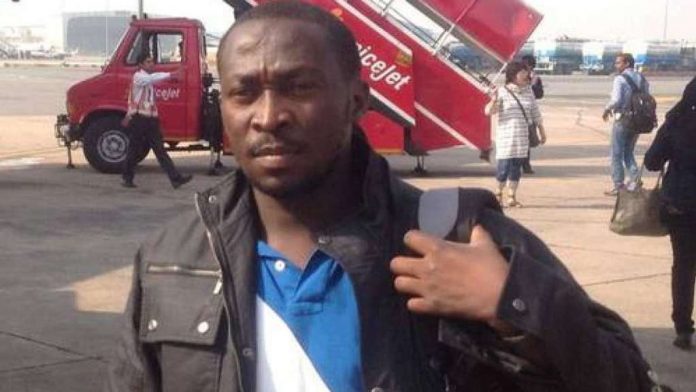 A Nigerian journalist with a speciality in conflict reporting Ahmad Salkida Wednesday said Nigerian officials threatened him over his reports on the insecurity in northern Nigeria.

Apart from the Boko Haram insurgency that has ravaged a section of the region since 2009, a few states in the northwest – Zamfara, Kaduna and Katsina – have been a hotbed of fatal clashes, violent robberies, and kidnappings.

A Nigerian aid worker with the international NGO Safety Organisation, Mathew Ogwuche, and his partner, Faye Mooney, were killed at Kajuru, Kaduna State by suspected kidnappers.

Salkida’s coverage of the rampant insecurity in the region miffed certain government officials who wanted him to stop and focus on other “issues”.

But he insisted his reports were not the problem.

“My reports are not fake, it is also not the problem,” Salkida tweeted on Wednesday. “The problem is insecurity across the country.”

“I also specialize on conflict reporting, I can’t move to other issues proposed to me.”

An email sent to the journalist for more information on the issue was not immediately returned.

But this is not the first time Salkida will be the target of the Nigerian government’s penchant for clamping down on journalists with dissenting opinions.

The journalist was declared wanted by the Nigerian Army on August 13, 2016, in connection with a Boko Haram propaganda video showing many of the Chibok girls who were kidnapped from their school on April 14, 2014.

The video was published on Youtube by Boko Haram. Salkida said the terror group shared the footage with him before it was posted to YouTube.

He accused the army of mischief saying that the military authorities were aware he was not in the country and knew how to reach him if they had wanted to.

He was arrested after returning to the country on September 3. He was released three days later without any charge against him.

In February, he was accused of treason by the managing director of the government-owned News Agency of Nigeria Bayo Onanuga. Onanuga claimed Salkida was a Boko Haram apologist who “celebrates the attacks.”

“In the military era, Salkida would have been charged with accessory to a treasonable felony,” Onanuga suggested.

Salkida denied the accusations and labelled the NAN boss a “propagandist”.

“It’s exactly the kind of words propagandists use to create the impression that as a reporter I have not been reporting but taking an adversary position,” Salkida said.