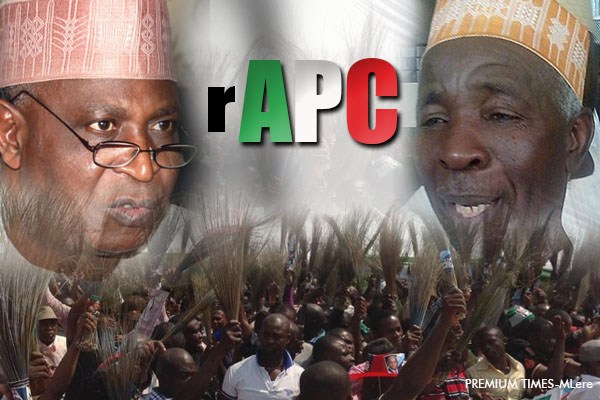 A faction of the ruling APC has formed a political party ready to challenge President Muhammadu Buhari in the 2019 presidential race.

The new party, the Reformed Alliance for Progressive Congress (RAPC), is constituted by the top echelon of the nPDP and other disgruntled ,member of the APC who were members of the legacy parties CPC, ACN, ANPP that formed the APC.

Prominent members of the nPDP include Sen. President Bukola Saraki, Speaker Yakubu Dogara, Gov. Aminu Tambuwal, Sem Dino Melaye, ex-Gov Murtala Nyako, and others—who were absent at a press conference where the declaration was made in Abuja Wednesday.

The group said it is now the “Reformed APC”, and the “authentic” faction of the party.

At the press conference addressed by Buba Galadinma, a former secretary of the Congress for Progressive Change (CPC) and a former minister and nPDP leader, Kawu Baraje, the group said it took the decision because APC had disappointed Nigerians especially in not being able to tackle continuing killings across the country.

They also said the party’s recent national congress was not democratically conducted, and accused the Buhari administration of “inconsistent” anti-corruption campaign.

“The Nigerian people gave power to APC based on its promises and potentials. We are sad to inform that after more than three years of governance, our expectations (have been) completely dashed. The APC has run a ruthless and incompetent government that has failed to deliver good governance to the people.

“It has rather imposed dictatorship, impunity, abuse of power, complete application of constitutional and statutory responsibilities, impunity in the rule of law and constitutionality. It has failed to ensure the security and welfare of Nigerian and elevated nepotism to secondary height,” said Galadima

The formation of the “Reformed APC” is said to be the first step in what would lead to a coalition of political parties and interests, to oust Buhari.

My major goal is to get everyone together — Chirs Giwa