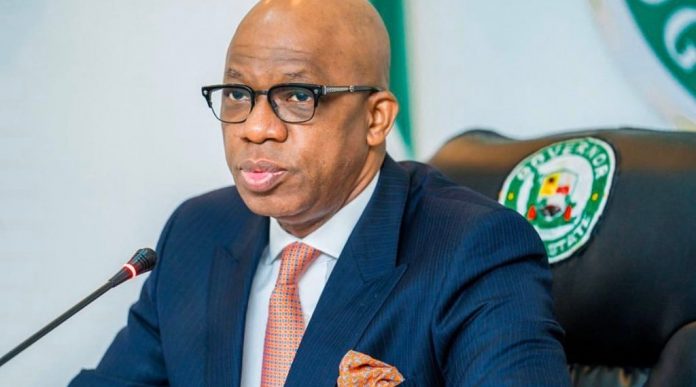 The global international consortium of investigative journalists working on the Pandora Papers project has uncovered the many secret businesses and foreign accounts linked to Governor Dapo Abiodun of Ogun state.

The two-year collaboration has so far revealed the financial secrets of not less than 40 current and former world leaders, and more than 330 public officials in more than 91 countries.

According to one of the document, Gov. Abiodun is the sole director and owner of Marlowes Trading Corporation, a company operating under the laws of the British Virgin Island.

The nature of business Marlowes engages in remains unclear. But it has continued to operate out of the Dubai office of SFM Corporate Services located at The H Dubai-Office Building, Sheikh Zayed Road, Dubai. The key contact person for the firm is one Samuel Kim Oh.

Apart from Marlowes, documents also show that Gov. Abiodun also owns Heyden Petroleum Limited, which shares the name with a Nigerian company he also owns. He established the Nigerian version of Heyden in 2001.

It was gathered that neither of the two companies was made public in the asset declaration form by Gov. Abiodun upon assumption of office as Ogun State governor in 2019, in clear contravention of the provisions of the constitution.

Section 11 of the fifth schedule of the Nigerian constitution states that subject to the provisions of the constitution, every public officer shall within three months after the coming into force of the Code of Conduct or immediately after taking office and thereafter, submit to the Code of Conduct Bureau a written declaration of all his properties, assets, and liabilities and those of his unmarried children under the age of eighteen years.

In sub-section 2 of the same section, the law states that: “Any statement in such declaration that is found to be false by any authority or person authorised in that behalf to verify it shall be deemed to be a breach of this Code.”

It thereafter declared that “any property or assets acquired by a public officer after any declaration required under this Constitution and which is not fairly attributable to income, gift, or loan approved by this Code shall be deemed to have been acquired in breach of this Code unless the contrary is proved.”

It was also discovered that Gov. Abiodun runs a Swiss bank account.

Details of the Swiss bank account were seen in a letter forwarded by UBS AG, a Swiss multinational investment bank and financial services company, to SFM Corporate Services.

In the letter, dated March 10, 2016, and signed by one Okenna Nzelu, the relationship manager, UBS affirmed that Mr Abiodun had been a client of the bank since September 2014. The bank added that the governor maintains his account “satisfactorily” and had no outstanding debt.

According to Section 7 of the Code of Conduct Bureau and Tribunal Act, certain public office holders are barred from maintaining foreign accounts.

“Any public officer specified in the Second Schedule to this Act or any other persons as the President may, from time to time, by order prescribe, shall not maintain or operate a bank account in any country outside Nigeria,” the section states.

The constitution of the Federal Republic of Nigeria was also explicit in its provisions.

In paragraph 3 of the fifth schedule, the constitution states that “the President, Vice-President, Governor, Deputy Governor, Ministers of the Government of the Federation and Commissioners of the Governments of the States, members of the National Assembly and of the Houses of Assembly of the States, and such other public officers or persons as the National Assembly may by law prescribe shall not maintain or operate a bank account in any country outside Nigeria.”